Pete Davidson got again a new tatto that has symbolism of Kim Kardashian and Her 4 Kids! 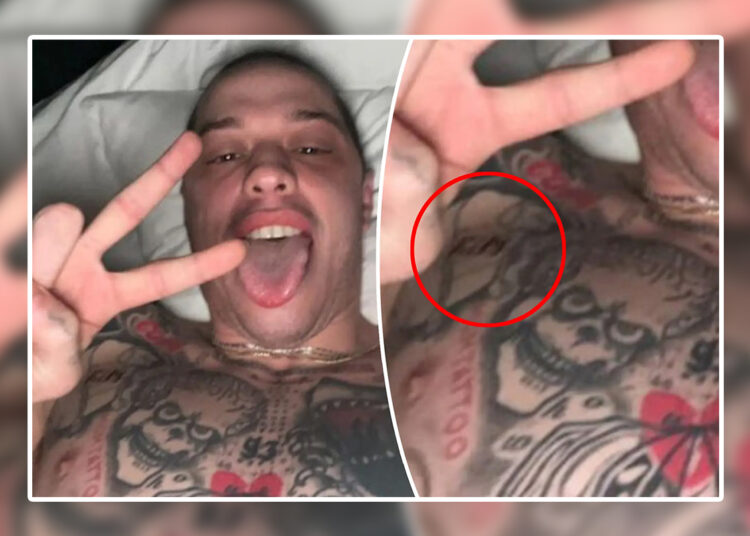 Pete Davidson Update: Our celebrities never leave any chance to show their love for their partner. Some of our celebrities keep it very private while others try to show it in front of people. It all depends upon the way they love each other and then the way they feel like sharing it.

We have a lot of celebrities in Hollywood who are dating and also giving us their love life update. When it comes to their love life then they also try to bury it inside themselves to a level where no one can reach and touch them for any harm.

They also do some kind of gesture that impress each other. The same was the scene with Pete Davidson who got the tattoo of Kim Kardashian and her kids.

Pete Davidson is very much in love with Kim Kardashian and that is the reason why he has got a lot of tattoo-related to Kim Kardashian. When it comes to his love for Kim Kardashian then no one can beat this couple.

Pete Davidson Was Seen In A New Tatto

There started dating in 2021, somewhere in October and it’s been more than 6 months. The couple is also very more serious related to their future life and that is the reason why they’re spending a lot of time together.

If we talk about the tattoo of Pete Davidson then he has already some which were revealed by Kim Kardashian on a talk show.

But recently a lot of people have noticed another tattoo that was not mentioned by Kim Kardashian. While Davidson left a stand-up show on 29 April, a lot of fans zoomed on his tattoo of Davidson. It was written KNSCP.

If we talk about this abbreviation then it is very clear to us. The K of this tattoo stands for Kim Kardashian while the other four letters are the name of her kids. N stands for North, S stands for Saint, C stands for Chicago, and the last P stands for Psalm.

We have also spotted Kim Kardashian at the show who left it with her boyfriend. In the show, Davidson has made a joke related to Kanye West. It was related to a conversation that happen somewhere in past. Kanye West told Davidson that he had AIDS and in return, Davidson said that Kanye West “is a genius”.

Apart from the appearance of this couple, we have already seen them at the White House Correspondent Dinner. The couple were looking very happy with each other as they were walking hand in hand in the hallways.

They also left the event together and we have seen how Davidson was being very generous to her as he was helping Kim Kardashian get into the car.