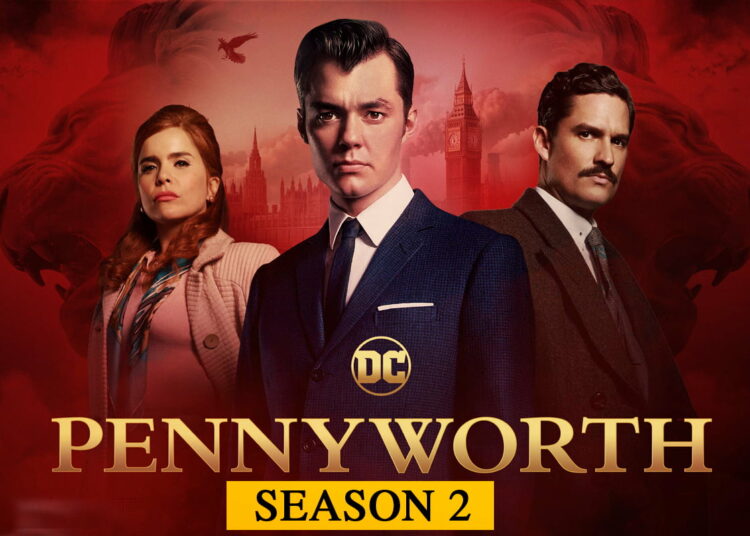 Pennyworth Season 2 Updates: The latest trailer available for Pennyworth, Season 2 confirms its release date. The crime- drama traces the journey of Alfred Pennyworth, who is a young butler, but was also an ex- British SAS Soldier. In the current scenario, he is struggling a lot to set his security company and works as a club bouncer to earn his livelihood. Pennyworth provides you an insight into the backstory of Alfred, which was quite unexpectable. Season 1 of Pennyworth is available on Amazon Prime Video.

The Season 1 traces Penny’s journey as he explores an alternate version of London. He witnesses the Victorian attributes blending into the gangsters of the 50s and 60s. The first season consists of only 10 episodes, yet manages to deliver a powerpack performance. Pennyworth confronts the crime boss, Jack the Ripper. Subsequently, gets involved in a government feud, where he gets introduced to several American agents such as Thomas and Martha Wayne. But, as the season concludes, it becomes evident that Pennyworth’s character was nothing like they imagined.

The release date for Pennyworth, Season 2

Recently, Epix released a trailer which confirmed the release date for Pennyworth, Season2. The short trailer portrayed Bannon’s ideal accent, Cockney as he continued his dispute with the Raven Society, with Wayne’s help. But much to the viw=ewer’s dismay, they felt that Dark Knight’s spirit still haunts everyone even if there is no Batman. The sequel will feature on 13th December 2020 on Epix.

Apart from the old characters, 2 new characters are also introduced. One of them is an important part of Batman mythology. He is none other than Lucius Fox, who is an American scientist, and will finally enter the Wayne family. Along with him is Melanie Troy who is a military orphan, and plays the role of Pennyworth’s beau. The old star cast includes Harriet Salter and  Edward Hogg.

Pennyworth becomes a proud father figure to young Bruce. He manages to balance everything and loves Bruce a lot. Pennyworth connects the dot way before Bruce received Martha’s recognition. His history of being a soldier as well as dealing with the Government easily helps him to guide Bruce efficiently.