Before the news of split with Travis Scott, Kylie Jenner decided to show her fit body to fans! 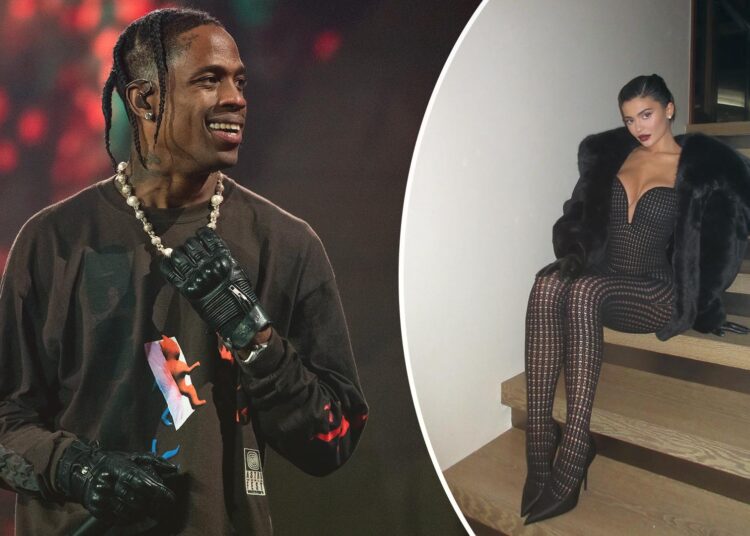 Kylie Jenner was seen wearing a black spots bra and matching it with leggings while doing the workout. We have seen many celebrities carrying fashion as if it is made for them.

Whether it is related to having any red carpet appearance or just being casual at home or even doing work out, they try to maintain every way of their confidence. Something like this has recently happened with many celebrities as they were seen doing hard work out but in their easy outfits.

Something like this has happened with the reality star Kylie Jenner as she was seen wearing a black sports bra as well as leggings for workouts at home.

The 25-year-old businesswoman Kylie Jenner and reality star was seen showing off her workout session on Instagram. It was 16 January 2022 when she came with a black sports bra and match it with leggings. Coming with the other look then she added sneakers and made a video of herself while walking through her great mansion.

Here you can check out some posts of Kylie Jenner in Black Attire.

While wearing a gold necklace, Kylie Jenner first focuses on her face and then showed her amazing body. After having a baby, almost a year ago, Kylie Jenner is now in shape as the reality star also focused on her abs.

She was seen totally makeup free and having a sweat session. Her hair was tied up in a ponytail while she was taking a walk in her house. Coming to pregnancy then Kylie Jenner shared the postpartum problems that happened to her after her second child. She has given birth to her second child with the rapper Travis Scott in February 2022.

When it comes to the name and the face of the baby then Kylie Jenner decided to go with the least and not show it in front of the media. After having the second baby Kylie Jenner was trying hard to keep her body in shape and also shared that her how mother goes through some physical and mental anxiety and depression.

It was just a few days ago when Kylie made headlines related to her new year celebration. She was looking beautiful as ever in her black outfit that was coming with a black fur jacket as she was seen sitting on the stairs. She has also celebrated her Christmas with her family and matched her outfit with her 4-year-old daughter Stormi.