Ask The Stars Released Photos Stills From the Drama.

Netizens go crazy over the photo stills of Lee Min Ho from his upcoming drama Ask the Stars. 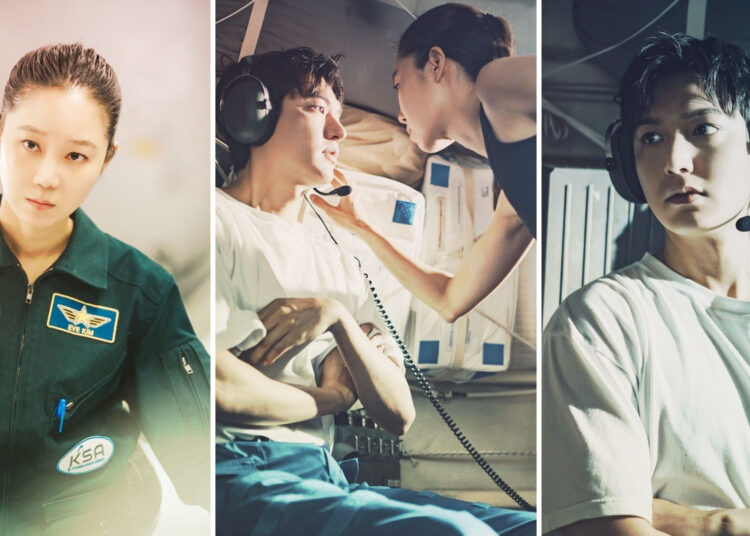 “Ask The Stars” is an upcoming space romance drama starring Lee Min Ho and Gong Hyo Jin. Lee min ho is one of the most famous actors in South Korea. Gong Hyo Jin is also a South Korean actress who has worked in numerous dramas.

The fans have started losing their patience after “Ask The Stars” still cuts from the drama have been released.

Both Lee Min Ho and Gong Hyo Jin looked beautiful and cute together at the same time. Three pictures have been released from the upcoming drama. The pictures show the chemistry between the two.

In the first image posted by Lee Min-ho, the actor can be seen wearing a simple white t-shirt and having a pair of headphones firmly on his head. In the second image, he is dressed as an astronaut and has a puzzled look on his face. And in the final image, Gong Hyo-jin is seen stroking his face.

Here You can have a look at the Ask The Stars First Look.

On November 22, Lee Min Ho’s agency MYM Entertainment shared the stills from the drama on their official Instagram page.

After the release of the still cuts, fans are eagerly anticipating the release of the drama and in the comments section of the post, the fans have shown their eagerness. Some of the comments include, “Indeed my curiosity is at its maximum already #DrGongRyong.”, “I’m so excited… Enjoy filming and take care as well… Thanks for sharing #myment_official… I love you oppa”, “Can’t wait to see him”, “Eagerly waiting for the new drama. You look so handsome.”

The drama “Ask The Stars” is written by Seo Sang Hyang and has been directed by Park Shin-woo. The show centers on an astronaut and a space tourist who meet on a space station and have a fateful encounter.

The character of gynaecologist Gong Ryong, played by Lee Min Ho, paid exorbitant sums of money to travel to space as a tourist. Gong Hyo Jin will portray the accomplished astronaut captain Eve Kim, a stickler for accuracy who does not put up with any mistakes.