Date of The Mother's Release 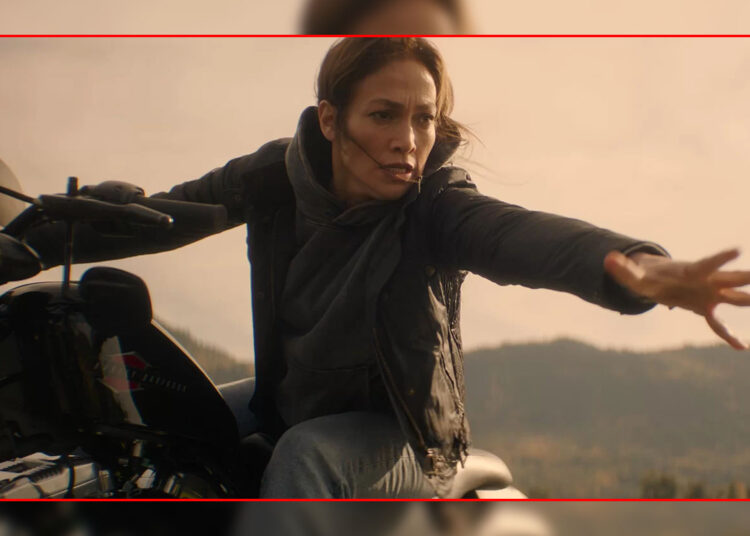 Jennifer Lopez, The Mother’s next Netflix film, features her transitioning into an action actress. The Niki Caro-directed movie gets a grungy appearance in the teaser, which was released at Netflix’s Tudum event on Saturday. In her role as a cold-blooded assassin, Lopez emerges from her isolated hut in the snow to defend her daughter, whom she had given up years earlier.

Over several rapid-fire motorbike pursuits, Lopez explains, “She needs protection right now. “You witnessed what was outside. It’s going to continue. Come find me if there’s a problem. In addition to Lopez, the film will also star Paul Raci as Lopez’s eponymous character’s ally, and Joseph Fiennes and Gael Garca Bernal will play the villains who are chasing her kid.

The Mother has yet to have its premiere date set. The movie will, however, premiere in May 2023, according to the first teaser.

As per rumors, Hardwick will play an FBI agent, and Fiennes and Bernal will portray the nefarious characters of the scheming men trying to bring Lopez down. The director’s chair is occupied by Niki Caro (The Zookeeper’s Wife). Peter Craig (The Batman) and Misha Green are also members of the creative team (Lovecraft Country).

One of the most thrilling and adrenaline-filled movies of 2023 is expected to be The Mother, which Lopez is also producing. Additionally, Lopez’s production business Nuyorican Productions will use it as their debut movie.

Who Is The Project’s Backing Group?

According to Deadline, the initial screenplay was written by Misha Green of Lovecraft Country, with edits coming from Andrea Berloff of Straight Outta Compton. Niki Caro, famed for the remake of Mulan for Disney, The Zookeeper’s Wife, and Whale Rider, will be in charge of directing The Mother. For Nuyorican Productions, Jennifer serves as a producer alongside Elaine Goldsmith Thomas.

What We Can Expect?

As we all know, the movie is based on an assassin, so we can expect everything in it to include action, adventure, hide-and-seek, drama, and emotion. All of this is in one place.

Teaser spreading all over the internet fans are ready to watch Jennifer in this action movie. Because the teaser is unique in itself thus fans are dying to watch this movie, we understand that the release date is so far but the love that fans are showing by spreading this teaser on speedy so we can guess what gonna happen next when the movie will be in the theatre.