Kylie Jenner was seen in a yellow bikini top from the Good American line of her sister Khloe Kardashian! 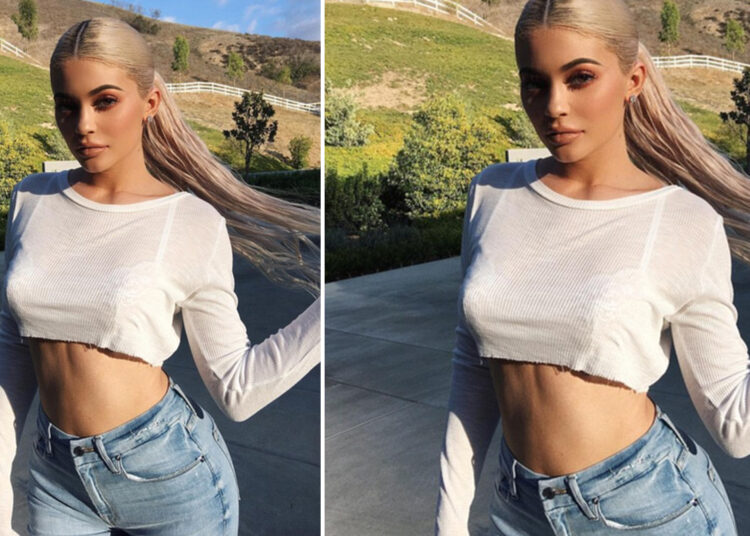 Kylie Jenner Update: It is very important to support the family members through their work or even their normal attire. We have seen a lot of celebrities supporting their family in different ways by expressing their love for them in unique ways.

Kylie Jenner never fails to amaze us as she looks ravishing as ever whatever she wears. In the recent look, the 25-year-old reality star decided to wear some pieces from her sister’s Good American line. She was looking very beautiful in and yellow bikini top and black shorts with slip-on sandals.

In the recent Instagram story shared by Kylie Jenner, we have seen a video that revealed her attire was related to her sister Khloe Kardashian. She was also seen wearing sunglasses and her hair was open as she was flaunting her makeup. In the caption, she has written nothing but tagged the good American page on Instagram.

In the videos, we can see the abs of Kylie Jenner that finally came in the shape after giving birth to her second child. Kylie Jenner has always been open about her pregnancy and it was recently seen when she became support for other mothers who are going through the same situation.

From time to time Kylie Jenner was showing her fit body and transformation by uploading some gym or exercise videos. She has also uploaded a video of confession two times where she was talking about the difficulties of post-pregnancy.

Coming to her recent look then a lot of fans came forward and uploaded it on different pages where the comments flooded like a river. A lot of fans had called her inspiration for a fit body while others appreciated her amazing look.

It was in February 2022 when Kylie Jenner has given birth to her son whom she first named Wolf but later on, the name got dropped. She has yet not reveal the name of a child due to the reason of privacy but we might be soon getting the news related to the naming of the kid. It was also said that her relationship with Travis Scott is very good after giving birth to the second child as a new kind of responsibility enhanced their relationship.