by Anurag Mishra
Reading Time: 4 mins read
A A
0 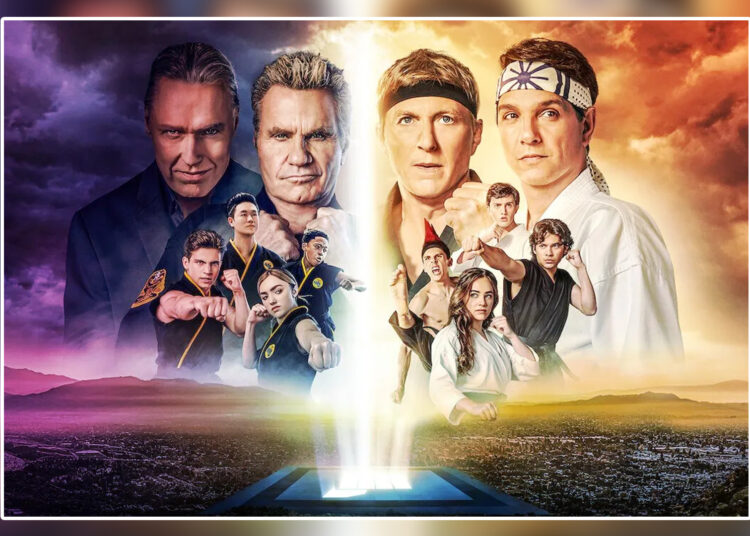 Cobra Kai Season 5 Update: Got the good news so far? If not, let me tell you that not only has Netflix announced that Cobra Kai‘s fifth season will debut earlier than expected, but we have got a mind-blowing new trailer for the new episodes.

We may keep on talking about Robbie and Miguel repeatedly kicking the shit out of each other and Daniel pummeling about everything (once again ), or even the imminent return of Kreese.

So, are you ready to dive into the Miyagi-verse again? Yes? Let’s go.

When Will Cobra Kai Season 5 Arrive?

If you’re a die-hard fan of Cobra Kai, you know all the creators behind the series run a tight production schedule. And they never allow having a break of more than one year between seasons since its debut. Season Five will be the same. The trailer announced that Cobra Kai will be arriving on September 9, 2022, on Netflix.

What Would Happen with Heroes (And Villains, Too.)?

By the looks of the Season Five trailer, we would get to see another “The Karate Kid II-Esque” road trip. But this time with Johnny and Robby instead of Daniel and Mr. Miyagi. The father and son will go to Mexico in search of Miguel as he is looking for his father.

(Does Miguel’s dad know karate? Maybe!) No matter what, the Cobra Kai producers are trying to make it absolutely sure to reassure us that the next season will be worth the wait.

“There’s a lot of insanity.  If you’re a die-hard fan of Cobra Kai, maybe some familiar faces show up with different roles. Or maybe not, there’s going to be a lot of karate,” Jon Hurwitz told Deadline at the PGA Awards.

Let’s start with  those familiar faces. Does the first question arise as to whose money is on The Karate Kid Part III villain Mike Barnes turning out to be Miguel’s dad? It has been confirmed that Barnes will return for sure. If you remember, Terry Silver brought in Barnes to kick Daniel LaRusso’s tushy and literally destroy Mr. Miyagi’s bonsai trees in the maligned Karate Kid III. But as always, our man eventually won.

What after Cobra Kai Season 5?

It’s hard to predict. The producers behind the series have long teased spinoffs set in the  world of Karate Kid and which they’ve dubbed the Miyagi-verse. It’s been the number one on our wishlist is an Okinawa-set origin story for Mr. Miyagi.

And also, Hayden Schlossberg said in the PGA interview: “We have an end in mind. How many seasons it takes to get there, we don’t know. We’re enjoying making it so much. If it gets tiring to us, we’ll stop before that.

We have a few more seasons already planned out.” You could easily see the series ending its run while it’s still hugely successful.

Or else you can continue on as long as William Zabka and Ralph Macchio are willing to reprise their iconic ’80s roles. Either way, we’re not going to see a 55-year-old Miguel mentoring a new generation of fighters during Cobra Kai Season 43, are we?