After announcing the illness of Ramsay Syndrome, Justin Bieber was seen performing in Budapest! 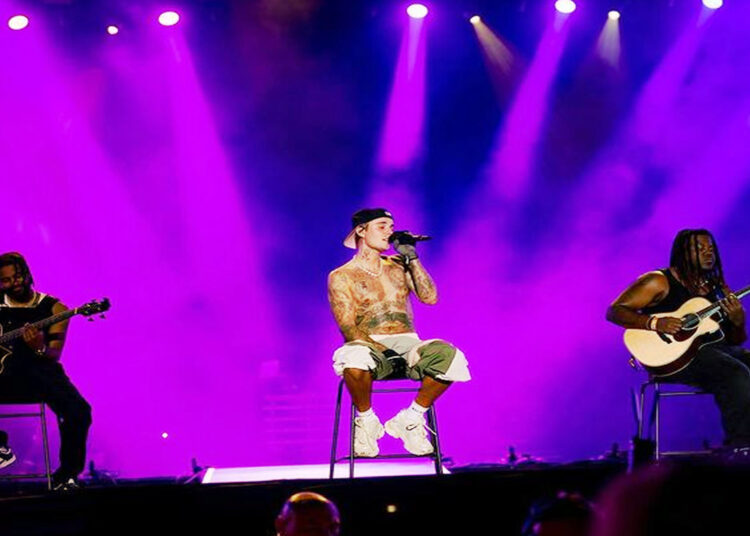 Justin Bieber started his tour after his treatment with Ramsay Hunt Syndrome. It is very hard for some celebrities to come back with their show and their performance after having a very drastic change in their life.

Whether it is related to some physical change or mental one it is very important to give time to oneself and then to the fans.

We know that almost every celebrity in Hollywood loves their fans and that is the reason why they want to make they’re come back for them. Among them is Justin Bieber who has done the first show after the announcement of facial paralysis.

After some months of announcing the facial paralysis battle, Justin Bieber has come back to the stage. He recovered from the battle called Ramsay Hunt Syndrome and performed in Budapest on 12 August 2022. Before this show, Justin Bieber had canceled almost 14 shows because of the diagnosis.

Also Read: Cardi B receives an apology from Bella Poarch after she was the subject of a hacked Twitter account.

Here are some recent pictures of Justin Bieber

In the recent show, he went shirtless and wear a baseball hat with shorts. Justin Bieber was looking healthy but we know that the treatment is still going on. He has all support of his fans who helped him in returning to the stage but when it comes to the biggest pillar then it is none other than his wife Hailey Bieber.

The supermodel and businesswoman Hailey Bieber shared some messages when Justin Bieber revealed his suffering from the disease. She has reposted the Instagram announcement which was made on 10 June and said that she loves him.

In a recent show, Justin Bieber flaunted his tattoo and was seen wearing a Diamond chain. He has sung well and also performed some steps on the tour. When it comes to his announcement then he has apologized to the fans for canceling the show back to back. He has defined his reasons and also the suffering and requested fans to be supportive.

People are hoping that now Justin Bieber will be back again and fans are also hoping for his healthy life. Now things are quite easy in his life as compared to the paralysis he had. His paralysis has left him with a lot of difficulties and among them were the difficulties related to eating and drinking.