Hocus Pocus 2: Everything You Need to Know 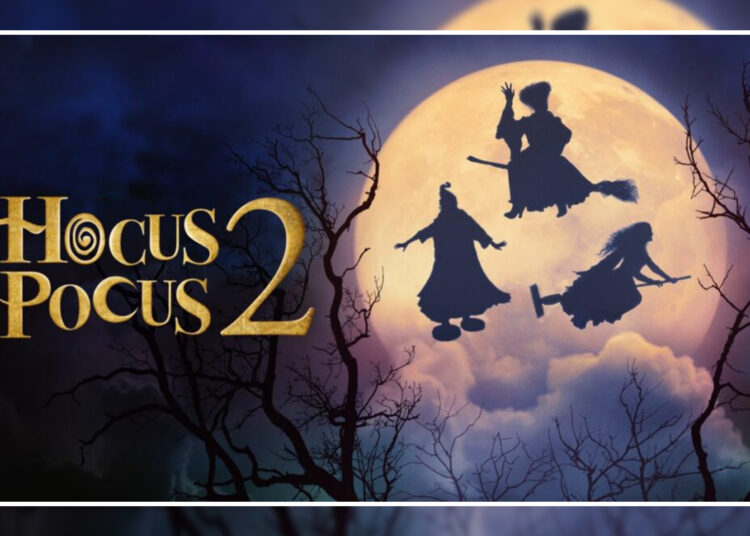 Hocus Pocus 2: The Sanderson Sisters have returned once more. Nearly 30 years after the original cast of the cult classic Hocus Pocus reunites for a highly anticipated sequel. Of course, it will be difficult to top the original. But bringing back the cast for ‘Hocus Pocus 2’ could help the new film succeed. Fans have been clamoring for a sequel to the film Hocus Pocus since it was released.

Hocus Pocus 2 will be available on Disney Plus on Friday, September 30, just in time for Halloween. The sequel began filming in Rhode Island on October 18, 2021, and will conclude in late January 2022. So all we can do now is wait for Hocus Pocus 2, but to fill that witchy-shaped hole in your life, you can rewatch the original film on Disney +.

Is the official trailer for Hocus Pocus 2 available?

Yes, the trailer was released on June 28, 2022, and an official poster accompanied it. Previously, we were given a first look at the returning sisters and a brief glimpse of them in action. There’s also one whole second of footage in Disney+’s 2022 teaser, which you could watch on repeat.

Three high schoolers accidentally bring the Sanderson Sisters to Salem in the present day after lighting the Black Flame Candle, which means that the 17th century’s most notorious group of child-hungry witches is once again threatening to destroy the world.

The teens must band together to stop the evil sisters before All Hallow’s Eve dawns. Like the original, parents can expect this film to be family-friendly overall, but with magical violence, crude language, and gross-out scenes.

What can we expect in Hocus Pocus 2?

A Disney+ press release states that Hocus Pocus 2 takes place “29 years after someone lit the Black Flame Candle and resurrected the 17th-century sisters, executed for practicing witchcraft.” They are out for vengeance. It is up to three high school students to figure out how to stop the greedy witches from wreaking havoc on Salem in a new way. On All Hallow’s Eve, all before dawn.”

When it comes to who will return for the spooktacular sequel, the original wicked trio who played the Sanderson Sisters is a foregone conclusion. It doesn’t appear that Vinessa Shaw, who played Allison in Hocus Pocus, or Omri Katz, who played Max, will appear. Thora Birch was supposed to return as an adult Dani, but she had to cancel due to scheduling conflicts. Doug Jones, a.k.a. fan favorite character Billy, the zombie, will, however, return.

While we don’t know much more about the sequel, we do know that the returning stars have been singing their praises.