The Conners Season 5 Cast Members: Where Have you seen them before?

In which tv series and films the cast members of the series have been seen before? 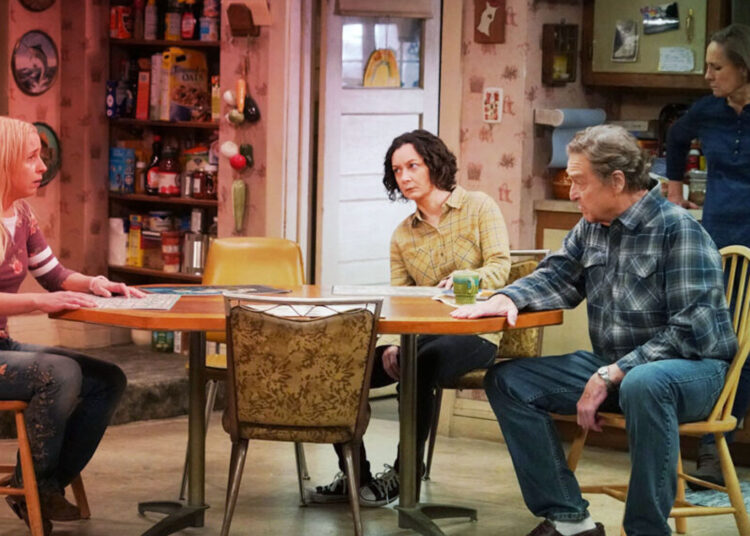 The Conners Season 5 has been announced, Here we have some Information about the Cast members. American tv sitcom ‘The Conners’ is returning on ABC with its fifth season on September 21, 2022. The series is the sequel to the sitcom ‘Roseanne’ and also serves as its direct continuation. The setting of the plot is a fictional mid-state exurb situated in Lanford of Illinois.

Created by Matt Williams the series focuses on the lives of the members of the Conners. The Conners’ family is a working class one and they are struggling to adjust to a modest household income. But after a member’s death, they become face to face with a lot more struggles on daily basis.

The series premiered on October 16, 2018, on ABC. The primary cast members of the series include John Goodman, Laurie Metcalf, Sara Gilbert, Lecy Goranson, Michael Fishman, Emma Kenney, Ames McNamara, Jayden Rey, Maya Lynne Robinson, and Jay R. Ferguson who have also been seen in other films and tv series before.

The Conners Season 5 Cast Members: Where Have you seen Before?

The role of Dan Conner in the series is played by American actor John Stephen Goodman who has reprised the role from ‘Roseanne’. Apart from starring in ‘Roseanne’ from 1988 to 1997 and in 2018, he has also starred in various tv series. In 2000 in the sitcom ‘Normal, Ohio’ he played the role of William Gamble or “Butch”.

From 2013 to 2014 he starred as Girl John Biggs in the political satire ‘Alpha House. Since 2019 he has also been starring in the American black comedy series ‘The Righteous Gemstones’ in the role of Eli Gemstone.

The films in which Goodman starred include ‘Edward Lawrence’, ‘Always’, ‘King Ralph’, ‘The Babe’, ‘The Flintstones’, ‘The Borrowers’, ‘The Big Lebowski’, ‘What Planet Are You From’, ‘Coyote Ugly’, ‘My First Mister’, ‘Death Sentence’, ‘Speed Racer’, ‘Alabama Moon’, ‘Argo’, ‘The Monuments Men, ‘The Gambler’, ‘Once Upon a Time in Venice’, ‘Captive State’ etc.

As Jackie Harris-Goldufski American actress Laura Elizabeth Metcalf is seen to star. Winner of three Primetime Emmy Awards and nominations for One Academy Award and one British Academy Film Award Metcalf has starred in a number of tv series and films. She too has reprised her role in ‘Roseanne’. From 1999 to 2001 she starred in the main role of Laurie Freeman in ABC’s sitcom ‘The Norm Show.

In 2003 she was cast in the other main role of Sarah Dolecek in the sitcom ‘Charlie Lawrence’. Metcalf portrayed Mary Cooper, Sheldon’s mother, in the popular sitcom ‘The Big Bang Theory from 2007 to 2018 as a recurring character. From 2013 to 2015 she starred in the comedy series ‘Getting On’ as Jenna James. In the sitcom ‘The McCarthys’ she played the lead role of Marjorie McCarthys from 2014 to 2015.

In the role of Darlene Conner, we see American actress Sara Gilbert in the series. Gilbert has reprised her role as Darlene Conner-Healy from the series ‘Roseanne’. From 2005 to 2006 she played the lead role of Mitchel Arnold in the American sitcom ‘Twins’. Like her co-star Laurie Metcalf in this series, she was also cast in ‘The Big Bang Theory. She portrayed Leslie Winkle in that series from 2007 to 2010 and in 2016.

In 2014 she portrayed the main role of Irene Dudek in single camera sitcom ‘Bad Teacher. In 2018 she starred in ‘Living Biblically’ as Cheryl. In Season three of the American comedy series ‘Atypical’, she was cast as a recurring cast member Professor Judd 2019.

As Becky Conner-Healy in the series, we see American actress Lecy Goranson playing. She starred in the films Boys Don’t Cry, ‘The Extra Man, ‘Hurricane Bianca 2: From Russia with Hate’ and the tv series ‘Roseanne’ and in minor roles in ‘Sex and the City, ‘Law & Order: Special Victims Unit, ‘Fringe’, ‘Naked in a Fishbowl’, ‘Damages’, ‘Co-operation’, ‘Inside Amy Schumer’.