Most Powerful Marvel Movie Characters of All Time

Now that we're deep into the MCU's Phase 4... who are the mightiest heroes of all time? 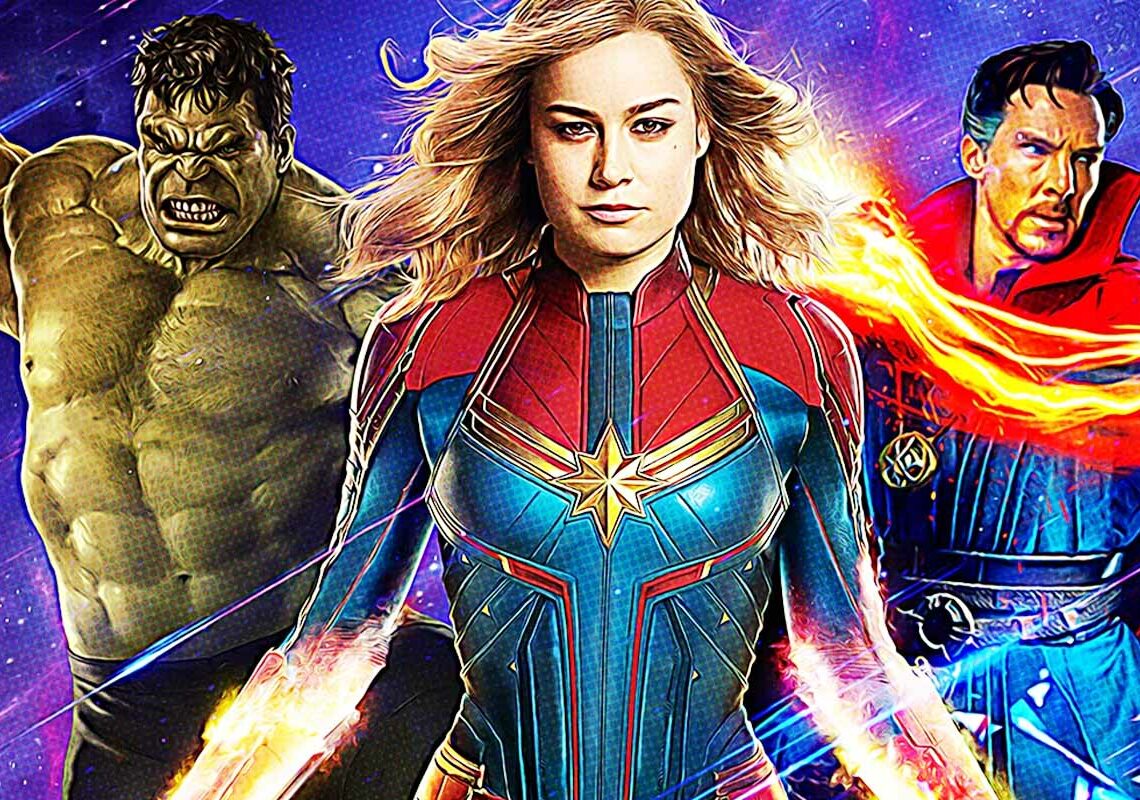 Are you ready Marvel fans to find out who is the Most Powerful Marvel Movie Character of All Time? Marvel has a large collection of heroes in its comic book history – something in the tune of 8000 basic characters, and much more if you consider minor, one-off, and multiple universe versions of people.

Because only a tiny portion of them have been adapted for big and small films, many members of the general public are unaware of the vastly populated universe included by the Marvel trademark.

While we have seen a number of highly strong heroes and villains in real-time, the vast bulk of the most powerful Marvel creatures has yet to leave the pages of a comic book.

As a result, we offer you the top ten most strong Marvel Movie Characters, ordered by the usefulness of skills and abilities.

Peter Quill is partially celestial. He did not quickly convert to interstellar dust while holding the Power Stone. He was strong enough to stand up to his father, who was a friggin Living Planet.

In Endgame, it could have been a good suggestion for Peter to utilize the stones and click his fingers because he would have lived when Tony Stark did not. It would be foolish not to acknowledge his latent dominion, which stems from the universe’s earliest life and might.

Wanda has always been the strongest of the bunch. However, it wasn’t until WandaVision, where she was formally named the Scarlet Witch, in her tale, which began to pay rewards as her abilities started to unravel in a deeply wicked manner. As it turned out, the HYDRA Mind Stone research she volunteered for actually served to activate the skills she inherited from her ancestors.

Wanda has total control over everything. As a warrior, she can knock you down with forceful magic — as she would have murdered Thanos in Endgame if he hadn’t weaseled his way out — but the most essential skill to emphasize here is how she can just transform into literally anything and everything.

And now, as we get through Phase 4, we’ll learn if Wanda’s control of the Darkhold will make her an even more unstoppable, limitless power.

Scott cracks jokes and travels around on ants, which is all very amusing, but Pym Atoms are no mere coincidence. Anyone wearing that outfit is capable of extremely extraordinary feats. The ability to reduce so small, even to Quantum Realm level, renders one practically invincible.

And we haven’t even addressed the ability to grow into a colossus. Scott has been the only individual in the Endgame battle who could attack those slithering Chitauri battleships using his fists.

Anyway, it’s a positive factor Scott is a silly goober with a kind heart since this technology is off the charts.

She genuinely does have to be away, assisting other people, for serious threats to continue to threaten our world on occasion.

In Endgame, she swiftly changed the tide by soaring through Thanos’ entire backup army, enabling the Avengers to retake the lead and victory. Her greatest foe, just like Superman’s, is distance, as it requires her effort to fly from one end of the universe to the other.

Druig’s capacity to control numerous thoughts at the same time makes him the only figure who had to rein in his own abilities and fight the impulse to the course-correct the history of mankind whenever he perceived it heading down a bad road.

Druig could cast a spell on anybody and stop all conflicts in a second – but he had to keep his hands clean. To do so, his talents must be enhanced, yet Celestials may be obstinate as hell when brutally formed from the heart of a vibrant planet.

Vision is a spectacular jumble of superpowers capable of decimating almost anybody in his path. Vision is a battle-ready brute, from invincibility to intensity deception to having to fire blasts from the Mind Stone pinned to his forehead. But we merely touched the surface with him. Maybe more of Vision is in store for us.

Iron Man has become an ever-evolving Avenger thanks to Tony Stark’s mind-blowing creativity.

Iron Man has a million tricks under his sleeve, however for real, this guy mastered time travel in a matter of hours. On an impulse. Others may have the power to collapse skyscrapers or blow up their bodies through spacecraft, but Tony’s mind is so sharp that he can reason his way out of practically any situation.

Thor’s tremendous Asgardian might, endurance, speed, and ingenious ability to conjure game-changing thunderbolt charges from pure nothingness allow him to glide in from above and utterly cleanse a battlefield.

He’s almost a thousand years old and also has defeated Dark Elves, Frost Giants, cosmic fire demons, and a platter of heart-stopping shawarma. He’s also stood up to the fire of a supernova explosion.

Doctor Strange is a hero whose popularity has grown since his debut film. Strange is a highly powerful magician with the ability to manipulate and weaponize some pretty horrific events.

Most recently, we witnessed him struggle to seal severe rips in humankind’s fabric all by himself in order to spare Earth from annihilation by a multiversal massive wave.

Strange, like some of the other superheroes on this list, has infinite power at his disposal but chooses not to use it owing to his conscience.

Hulk’s power is so closely linked to his wrath because he has the ability to be the most powerful Avenger in terms of overall muscle and force. He’s the team’s strongest player, but he’s also the most volatile.

Hulk might be much more than the playoff spot he is if he had fewer restricting tendencies and oddities of spirit. However, he still retains incredible power and, as far as we can determine, an impossibility to die.