Carter 2022: Cast Members of Netflix Film and Their Previous Movies and TV Series 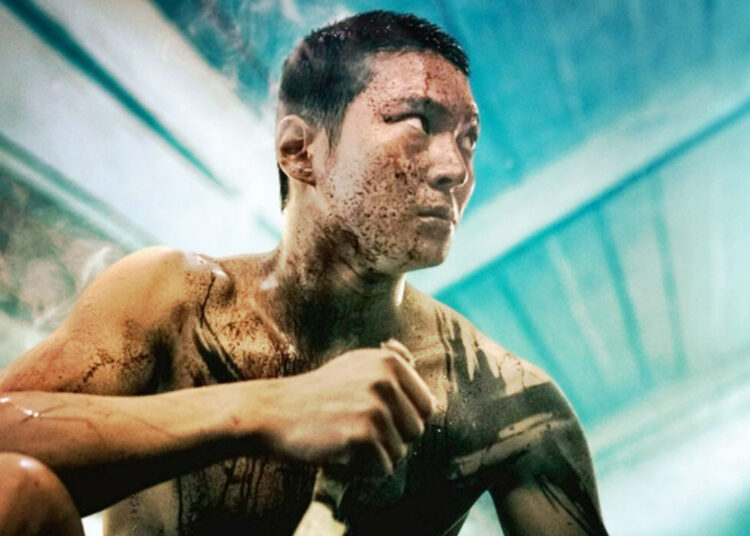 Jung Byung-gil has directed the upcoming South Korean movie ‘Carter’. The filming of this action thriller movie by Netflix took place in June of 2021 in Osong of North Chungcheong Province.

The plot of the movie focuses upon an amnesiac agent whose name is Carter and who finds himself on a mysterious mission. He awakens in a deadly pandemic that originated from DMZ. The pandemic devasted North Korea and the United States already.

When Carter wakes up, he discovers that his memory is completely gone. He also discovers a lethal bomb inside his mouth and a mysterious device on his head. With these, a voice keeps giving him orders so that he does not get killed.

While he is struggling in his mysterious operation, the North Korean coup and the CIA continues to chase him.

South Korean actor Joo Won plays the titular character Carter in the movie. He was cast for the film in March of 2021. Another member Lee Sung-jae joined the cast the same year in May. Other cast members of the movie include Jung Jae-young, Jung Hae-kyun, Jeong So-ri, Kim Bo-min, etc.

Now let us find out in which films and tv series the cast members of Carter have acted before.

Starring in the lead role of this upcoming movie, we will see South Korean actor Joo Won. In 2010 he was cast in the K-drama Bread, Love and Dreams’ in which he co-starred with Yoon Shi-yoon and Lee Young-ah in the role of Gu Ma-jun / Seo Tae-jo.

From 2011 to 2012 he starred as a thirty years old quiet detective Hwang Tae-hee in the South Korean series ‘Ojakgyo Family’. As Lee Kang-to/ Sato Hiroshi/ Gaksital in 2012, he starred in the period drama ‘Bridal Mask’ that is adapted from Huh Young-man’s renowned Korean manhwa.

The next year he co-starred with Choi Kang-hee in K-drama ‘7th Grade Civil Servant’ in the role of Han Gil-ro / Han Pil-hoon. The same year he also starred in the lead role of the medical drama series ‘Good Doctor’ as Park Si-on.

In 2014 Joo Won was cast in the South Korean tv series ‘Naeil’s Cantabile’ as Cha Yoo-jin. The next year he played Kim Tae-hyun in K-drama ‘Yong-pal’. In 2017 he played the role of Gyun-woo in K-drama ‘My Sassy Girl’.

Co-starring with Kim Hee-sun he acted in the K-drama Alice’ as Park Jin-gyeom. The films in which he starred are ‘S.I.U.’, ‘Don’t Click’, ‘Steal My Heart’, ‘Fashion King’, ‘Fatal Intuition’, ‘Sweet Sixteen’ etc.

Starring Kim Jong-hyuk, South Korean actor Lee Sung-jae is another cast member of the film. In 2011 he was cast in the lead role of Kwon Jung-ryool in the action tv series ‘Poseidon’. The next year he starred as Kim Tae-oh in the South Korean tv series ‘How Long I’ve Kissed’.

In 2013 he starred as Jo Gwan-woong and Eun Sang-chul in the series ‘Gu Family Book’ and ‘The Suspicious Housekeeper’ respectively. Sung-jae co-starred with Jo Yoon-hee, Seo In-guk, Shin Sung-rok, and Kim Gyu-ri in K-drama ‘The King’s Face’ as King Seonjo.

He also starred in the tv series ‘Warm and Cozy’, ‘Mirror of the Witch’, ‘Don’t Dare to Dream’, ‘Goodbye to Goodbye’, ‘Abyss’, ‘Prosecutor Civil War’, ‘Show Window: The Queen’s House’.

South Korean actor Jung Jae-young will be seen playing the role of Dr. Jung Byung-ho in the upcoming film. In 2015 he starred as Jin Sang-pil in the South Korean tv series ‘Assembly’. As Jang Deuk-cheon he was cast in K-drama Duel’ in 2017.

In the South Korean tv series, ‘Partners for Justice’ Jae-young played Baek Beom in 2018. The next year he reprised this role in the sequel Partners for Justice 2′. In 2021 he played Choi Ban-seok in the K-drama ‘On the Verge of Insanity’.