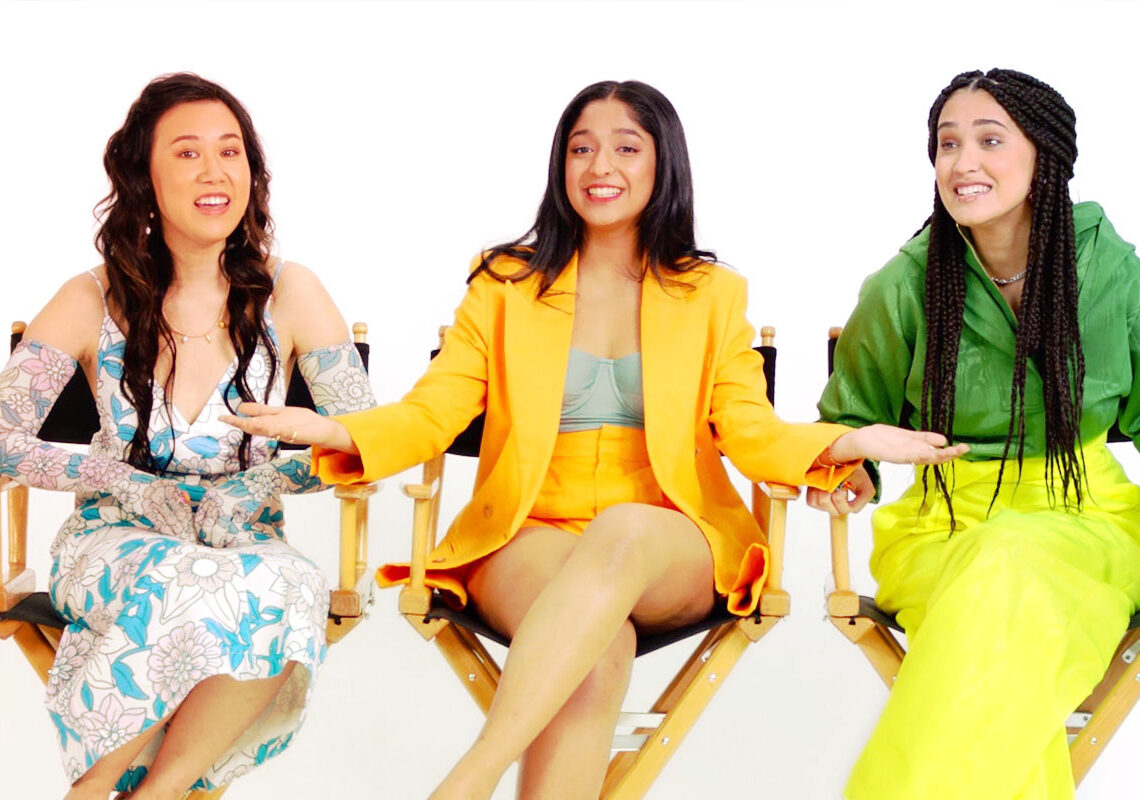 Never Have I Ever Season 3 Updates: Netflix’s new coming-of-age comedy series ‘Never Have I Ever is returning this August with its third season on the streaming site. Mindy Kaling and Lang Fisher created series has been proved to be extremely popular for young adults and primary cast member Maitreyi Ramakrishnan has become a familiar face overnight.

The story of the series gets its inspiration from Mindy Kaling’s childhood experiences. It centers around an Indian-American Tamil high school student who has recently suffered the loss of her father.

Besides dealing with the physical and psychological effects that the incident caused her to endure, she also has to cope with the regular high school drama by being struck by the choice between two very different boys as her potential boyfriend. Further revealing the plot will cause huge spoilers for Never Have I Ever Season 3.

In Pixar’s computer-animated fantasy comedy movie ‘Turning Red’ she has given voice to the role of Priya Mangal the same year. She has an upcoming Netflix film ‘The Netherfield Girls’ in her queue where she will play the role of Lizzy Bennet.

Paxton is a popular school guy who has been a crush on Devi from the very beginning. He is sixteen years old and has a down-syndrome affected adopted sister Rebecca. Japanese-American actor Darren Charles Barnet portrays the character of Paxton in the series.

He was cast in 2020 in Mike Elliott’s American straight -to- DVD s*x comedy movie ‘American Pie Presents Girls’ Rules’. The next year he played the role of Tag Abbott in the romantic comedy movie ‘Love Hard’.

Benjamin, known as Ben, is initially introduced as the nemesis of Devi as Ben is a bright student like her. But eventually, he becomes her good friend. It is between him and Paxton, Devi finds it hard to choose between her boyfriend.

American actor Jaren Lewison is brought up in Dallas of Texas. In school, he used to do theater. He was cast as William Shakespeare in the adaptation of his school of the 1998 movie ‘Shakespeare in Love which later was staged in the International Thespian Festival of 2019.

His onscreen career began with the role of Joshua in four episodes of the children’s tv series ‘Barney & Friends from 2008 to 2009. Then he acted in the pilot episode of Fox’s American series ‘Lone Star’ as the younger version of the protagonist Robert Allen, played by James Wolk.

He also starred in two TV movies ‘Bad Fairy’ and ‘Away and Back’. In 2014 came his first movie role in the film ‘Men, Women & Children as Jack Truby. The next year he starred in the film named ‘Beyond the Farthest Star’ as young Adam Wells, the main character played by Todd Terry.

The same year he also was cast as Jackson in ‘A Horse Tale’ and in 2018 in the comedy movie ‘Tag’ as the teenage version of Hogan Malloy, one of the main characters of the film, played by Ed Helms. He also played the role of Young Tommy in ’90 Feet from Home’.

Dr. Vishwakumar is the mother of Devi and a dermatologist by profession. Portraying her role Poorna Jagannathan is an American producer and actress of Indian descent and an Indian diplomat’s daughter.

Apart from ‘Never Have I Ever, her most significant role is as Safar Khan in ‘The Night Of’ on HBO. Her filmography includes films like ‘She Hate Me’, ‘The Weather Man’, ‘Awake’, ‘Peace, Love & Misunderstanding’, ‘Delhi Belly’, ‘Thanks for Sharing’, ‘Yeh Jawaani Hai Deewani’, ‘Growing Up Smith’, ‘Carrie Pilby’, ‘The Circle, ‘Mile 22’, ‘An Actor Prepares’, ‘Share’, and ‘Alia’s Birth’. ‘The Out-Laws’ and ‘Turtles All the Way Down’ are her two upcoming films.