Can you sense the tension between the two sisters wanting the same thing? And if the war is to score the cover of the world's renowned magazine Vogue, then god spare the two. 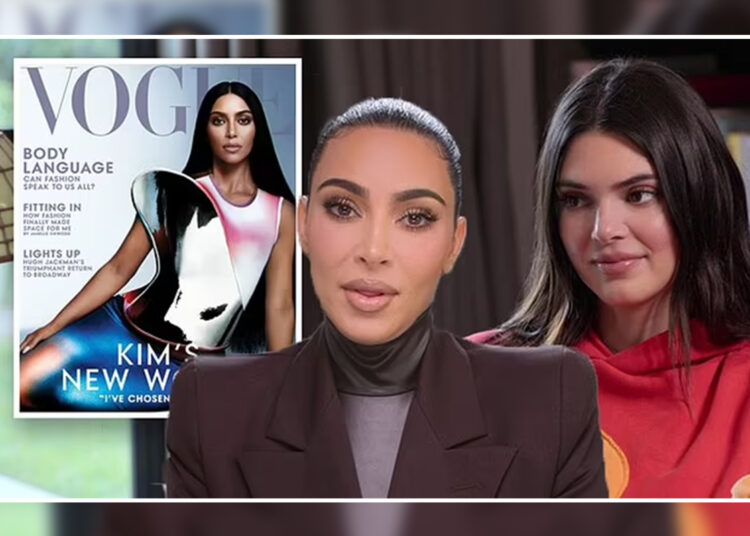 The Kim Kardashian clan is no stranger to extravagance. Think of any moment when the Kardashian family hasn’t set the tongues wagging. There is never a dull moment for the family. This time too, the Kardashians have hit the headlines.  So folks sit back and relax as we unravel the latest gossip about the world’s famous Kardashian-Jenner clan.

This is what the latest episode of The Kardashians was all about. Interestingly, Kim Kardashian has grabbed the March 2022 cover of Vogue from her little sister, Kendall Jenner.

Thursday’s episode starts when Kris Jenner pays a visit to Kim in the middle of her Balenciaga photoshoot. That’s the very moment when she revealed the news to everyone.

Based on last week’s shoot that went well, she informed me about how Vogue Magazine is interested in doing the cover shoot with Kendall Jenner. Before breaking the real news, Kris tried to balance the situation and expressed her excitement for the shoot.

Then Kris Jenner spilled the beans and said she had a word with Kendall Jenner’s agent in the morning. Her agent informed her that Kendall might not be the right fit for the shoot. As a result, the opportunity to feature in March 2022 Vogue Magazine fell in Kim’s lap.

I would probably have murdered Kendall myself for the cover: Kim Kardashian

Yes, you read that right. Kim Kardashian talked about her desperation 15 years back for the cover photoshoot. Kim said that if 15 years ago, the Vogue had offered the role to any of the sisters, Kendall would be buried before the cover. So you can guess the amount of excitement in the Kardashian sisters in featuring on the cover of Vogue Magazine.

However, both Kim and Kris were worried about how Kendall would react to the news of Kim getting the offer instead of her.

To everyone’s surprise, Kendall Jenner did not respond the way everyone expected. Instead, she was happy for Kim getting the offer and felt that the offer went to the right person.

However, an expert in the art of swoon, Kendall Jenner, has already appeared in the September issue of the Vogue Magazine in 2016. For the unversed, with the March 2022 cover, Kim Kardashian would be associating with Vogue for the third time. Before this, Kim Kardashian got featured for the second time in 2014 with her ex-husband Kanye West.

Talking about her personal life, Kim Kardashian was married to Kanye West. The two exchanged the vows in 2014, but after eight years of marital bliss, both decided to part ways.

The entertainment industry got abuzz with the murmurs of Kim dating actor-comedian Pete Davidson. The two grabbed the headlines with Pete Davidson accompanying his ladylove to Met Gala 2022.