Will Smith was seen in India, his first appearance since the Oscars 2022!! 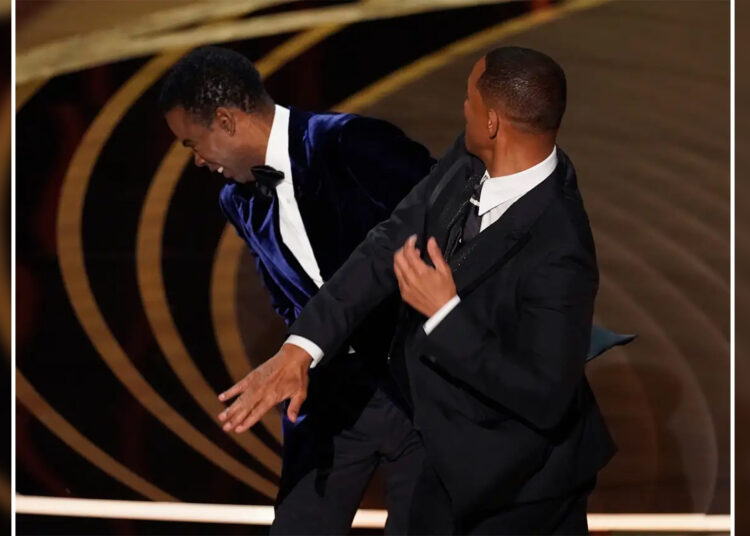 The main focus is always winning the award function which seems like a yearly festival to us. It is not just related to winning and losing things but also more than that.

If we talk about any award function then we cannot forget about Oscars 2022 due to Will Smith slapping Chris Rock. When it comes to the appearance of Will Smith then he has given finally one while being in India.

The Oscar-winning actor Will Smith was seen in public for the first time after he slaps the comedian Chris Rock. We have seen how Will Smith slapped Chris Rock when the comedian joked about his wife. He directly went onto the stage and slapped him tightly. These all things result in his banishment from the Academy for 10 years.

When it comes to the recent appearance of Will Smith than he was spotted in India. It was on 23rd April Saturday when he arrived at the hotel in Mumbai.

We have seen the actor smiling and greeting all the people around them. He was also stopping for a few photos which his fans were willing to take. The actor was also seen in a video at this spot. Right now he is staying at Hotel called JW Marriott Hotel.

The actor was seen wearing a white t-shirt and black shirts. He was also seen in black and white sneakers while having a thread chain around his neck. He was seen right beside a man who was a fan of theirs.

If we talk a little about the things that happened after the incident of Oscar 2022 then he has apologized to the Academy and the comedian. He said that he has betrayed the trust of the Academy.

He also said that he is heartbroken over the things he has done. He called his action shocking, inexcusable, and at the same time very painful.

The actor has also apologized to fellow nominees while giving an acceptance speech after winning Best Actor for the film King Richard. He also took his social media and has given an official statement related to his apology. On the other hand, the comedian Chris Rock tried to remain silent and did not take any legal action against the actor.

When it comes to Will Smith visiting India then this is not the first time for him. We have already seen him before this time in India while he was taking a level to spirituality. The actor has revealed once how Bhagwat Geeta has influenced him a lot.