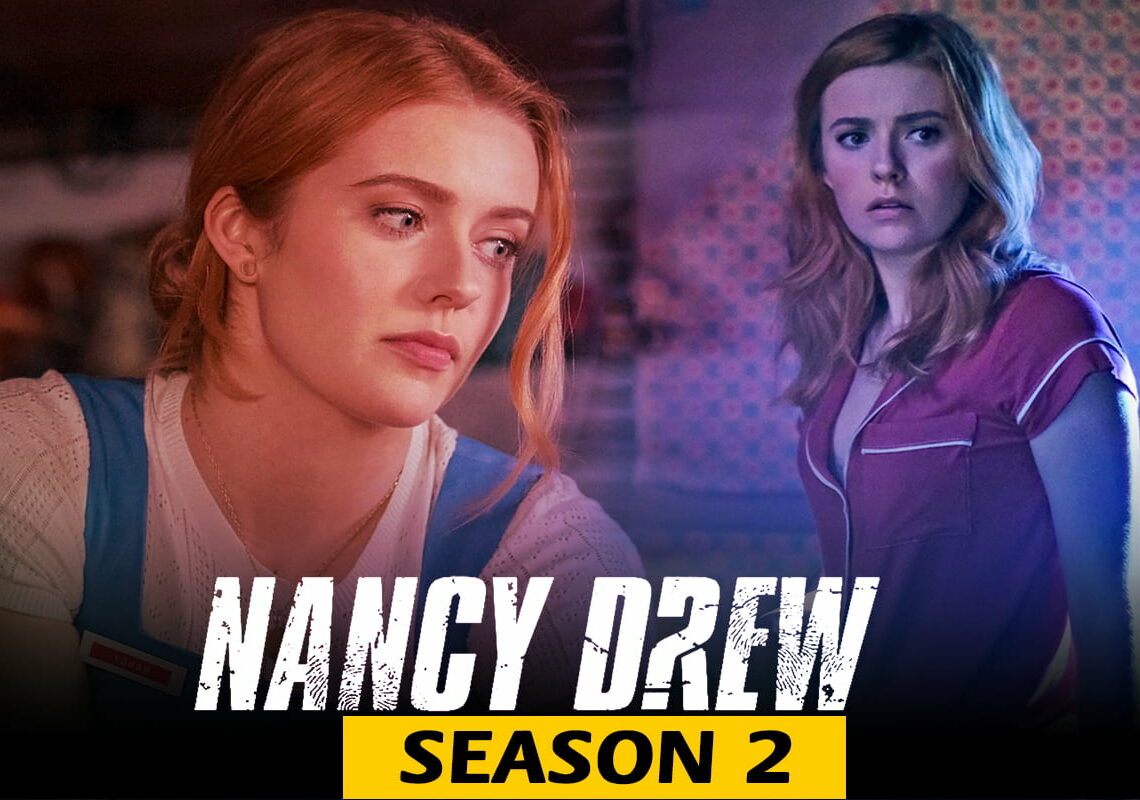 Nancy Drew Season 2 Updates: Based on the popular novels about the titular character, this mystery drama first surfaced on-screen on Oct 9, 2019. Ordered by CW this is the third adaptation of the ‘Nancy Drew’ franchise

succeeding 1977 and the 1995 Canadian American version. It acquired blended reviews and an average rating, in spite of which the production had decided on the renewal for a new season, set to premiere in January 2021.

Here’s a quick flashback  to the storyline

Conserving the essence of the original character, In her hometown of Horseshoe Bay, Maine Nancy Drew is an amateur sleuth who has had this propensity for solving mysteries since long back. In the wake of her mother’s unfortunate demise, her college plans are sabotaged while she swears off crime-solving but finds herself irrevocably involved in a homicide case along with four other witnesses (or suspects) and they are to team up to exculpate themselves and investigate for the real convict out of thin air.

It features an ensemble cast of Kennedy McMann as the main Nancy Drew; whose sense of self-generated from her trained -eye seeking for mysteries, Leah Lewis as Georgia “George” Fan; Nancy’s nemesis from high school and one of the suspects;  Maddison Jaizani as Berr Marvin, a rich girl with an obscure past and the second suspect; Tunji Kasim as Ned “Nick” Nickerson, the third suspect and Alex Saxon as Ace,  the fourth suspect; together making up the Drew Crew.

Others include Alvina August as Det Karen Hart, the investigator; Riley Smith as Ryan Hudson, the spouse to the murder victim; Scott Wolf as Carson Drew, Nancy’s widowed father, and an attorney; in supporting roles.

What do we know about this upcoming season?

We got some serious spoilers as talked about by the actors at New York’s Comic-Con Convention Board. As they took upon themselves a lightning round of questions jointly with the creator and showrunner. They unfolded “There are a couple of characters that we know from the books but there are also characters who will exist only in the show ” And went on to say ” We will indeed have paranormal elements in Season 2. We know the Alglaeca because she’s not going away easy -if at all”

“Then we have a whole bunch of new ones along the way because Horseshoe Bay is a little bit haunted and we’re going to dig deeper and deeper into layers of this place and see more and more of the things that hide in the shadows”. We might also see the relationship between Nancy and Carson turning around for now that she knows they are just her foster parents.

Amidst the pandemic, its shooting had to be called off but is soon to be rescheduled when the cast and crew are reported negative for their COVID-19 tests.

Keep up with us to know about the latest details.