Game of Thrones: 5 Reasons Daenerys Was a Worthy Queen And 5 She Wasn’t

by Balram Jee Jha
Reading Time: 3 mins read
A A
1 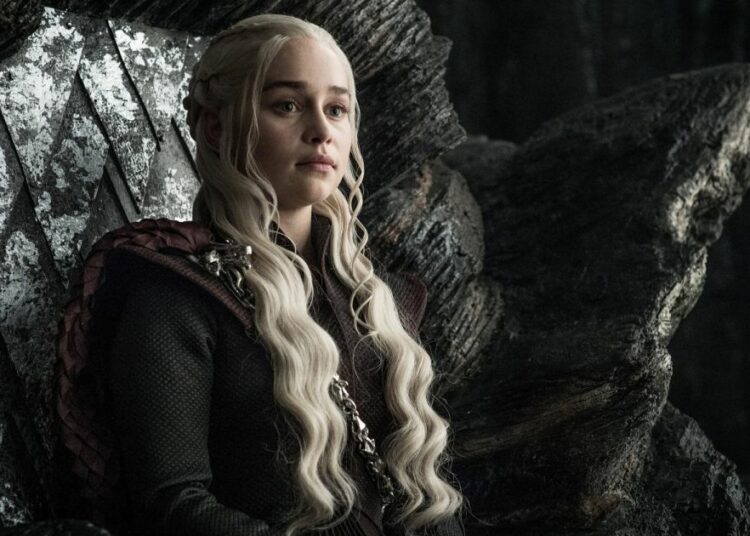 Throughout the Game of Thrones, we watched Daenerys driven by the sole desire of the Iron Throne. Though at the start she seemed perfect, she was later seen making irreversible mistakes. So the question finally strikes, was she a worthy queen?

1. Revived an extinct species: We saw the miraculous hatching of Daenerys’ petrified dragon eggs. Also, her ancestors died a gruesome death in attempts to bring the expired dragons into the world but she somehow did it.

2. Freed slaves in Essos: Unlike other monarchs, Daenerys cared for her people. She wanted to do the right thing and thus, abolished slavery in the three cities after going through a hell lot of struggles.

4. Protected the Realm from The Night King: Season 8’s “The Long Night” was the awaited meeting of the living and the dead. The Khaleesi was seen delaying the war with Cersei to defend the realm. Like a true monarch, she knew where the true war should be fought.

5. She was against harming innocents in war: Not long after the Khaleesi’s awaited arrival at her birthplace and ancestral seat, the Dragonstone, she saw her discussing strategies with Tyrion on how to minimize the casualties in the war.

1. Jon Snow was House Targaryen’s true Heir: In season 1, with the loss of her unborn child and brother Viserys, Daenerys became the apparent heir of House Targaryen. But in season 7 came the shocking revelation that Aegon Targaryen (Jon Snow), son of Rhaegar and Lyanna was the rightful heir of the throne.

2. Didn’t know Westeros enough to take the throne: As Daenerys fled Westerosi soon after her birth, she did not know the place or it’s people well enough to be the queen.

3. Refused to surrender: The queen’s desire to rule Westeros led to a lot of bloodsheds when she could have simply avoided it and also saved Missande’s life by surrendering to the Cersei. She could have left the throne to Westeros’ favorite Jon Snow and built an empire of her own.

4. Robert Baratheon Destroyed The Targaryens’ Claim To The Throne: The Mad King’s tyranny was put to halt by Robert Baratheon when he seized the throne ending his rebellion. But after his death, the Westerosi laws of succession grants the heir to Stannis, his brother and not Daenerys or any other bearing the Targarian banner.

5. Daenerys shows her true colors in the 5th episode of season 8, “The Bells”, where she decimates the whole city of King’s Landing. Rage got the better of her when she burned friends foes alike in a killing frenzy showing why how’s she’s no different from her Grandfather’s The Mad King.

All the acts of kindness she did in Essos went in vain against the crimson flames of burning Westeros. The Mysha was ultimately metamorphosed into a Mad Queen. This cost her her allies and closed her doors to reaching the iron throne.