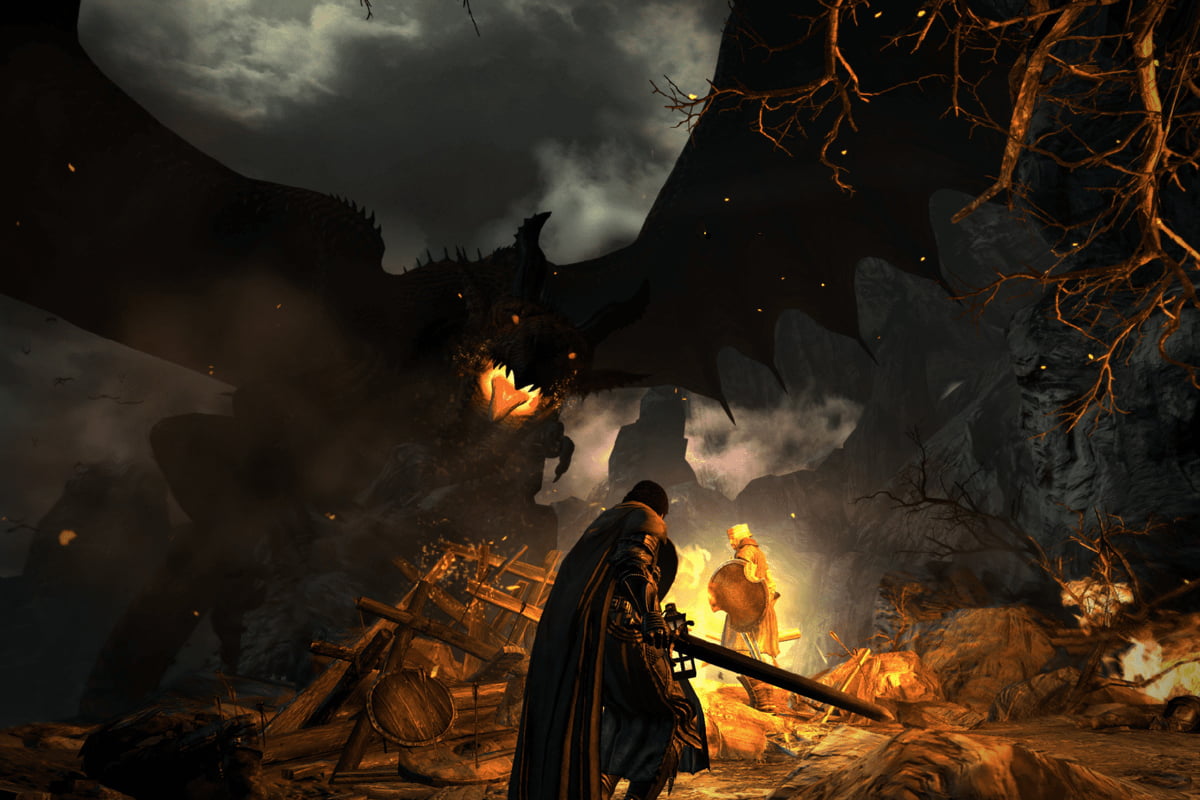 Dragon’s Dogma Season 1 Review: Netflix is coming up with outstanding anime series, one after the other this year. It made some very remarkable adaptations of video games as anime and one of those to be aired soon is Dragon’s Dogma. It is believed to be adapted from Capcom’s dark fantasy RPG. The anime consists of detailed character customization, some of the dynamic combats, and has a total of seven episodes. The genre of the anime is said to be fantasy and animation.

The plot of the anime series is the same as the game. It has a character who is full of motivation and possesses a strong drive which can be considered as a plus when compared to the emptiness and silent features of the game. The animation of the series can be considered as quite appealing. Still, the quest to vanquish the dragon is quite winding and underdeveloped.

To be more precise the story is about Ethan, who is a resurrected warrior. His heart was stolen by a dragon and he sets out to reclaim it. He fights with different demons on the way, in each episode, and loses more humanity with each battle. The show added a few new things like Ethan’s back story and his wife, Olivia.

Although Olivia is a character to be appreciated we can barely see her in the series which is due to the purpose of her character. The narration of the anime can be appreciated as well but it seems to come off in a clumsy manner. The story also feels rushed as it hones on miner moments along the way and fails to include the areas like Everfall and Witchwood.

The side characters could not be justified as they are introduced only a few minutes before their deaths and the viewers do not get enough time to appreciate them. The episodes are mostly standalone stories in some ways without enough consistency.

The major portion of the episodes shows the growth of affection and protectiveness of Hannah (Pawn sidekick of Ethan) for Ethan. To our greatest joy, their relationship does not involve romance which would be a bit inept.

But the plus point is as amazing as an epic world of RPG Dragon’s Dogma was, it was not known for it’s writing and characters. With this anime series, they made great efforts to make it as good as possible. The major hindrance is the running time of the episodes which is only about 25 minutes. Dragon’s Dogma would have been a lot better if this was not the case. They could have included a lot more of the interaction of the human world with Pawns in a different way. There might also be developing relationships other than those on the battlefield.

Overall the story seems to be striking visually during the action scenes. The epic battles are fabulously realized with great animations. Dragon’s Dogma shows that even though Ethan’s main goal was to slay the dragon but he continuously gets sidetracked with other goals. Ethan and Hannah make a good team in both the battles and their interactions with others on the way. The way they react to these interactions with strangers is quite interesting and as the anime proceeds, one can witness Ethan’s changing attitude.

This marvelous animation by Netflix is going to be a complete thrill with dark fantasy and epic battles. All the seven episodes as depicted as seven sins in the series. Although there are some shortcomings in the adaptation we can hope for its growth in the next seasons.