Kylie Jenner Reacts to Irina Shayk’s Same Dress as Her

In the Schiaparelli show on Monday, Kylie and Irina wore the exact same dress and Kylie's reaction to it became a viral TikTok video. 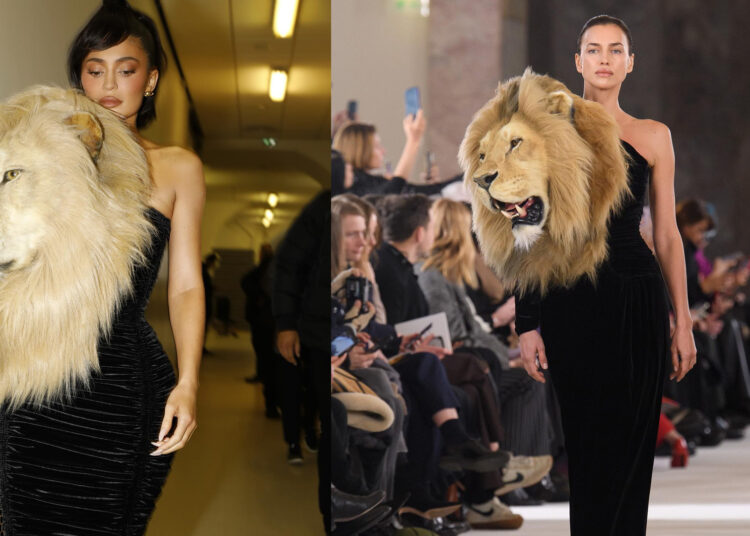 It’s not the first time that Kylie Jenner has become a subject of viral news online. This time, it’s her reaction that is being shared by millions of Gen Zs, in the form of memes and other stuff.

Kylie Jenner was walking down the ramp on the Schiaparelli show on Monday. Her attire was based on a faux lion headdress. And what happened next became the reason for everyone’s attention.

The Russian model, Irina Valeryevna Shaykhlislamova wore the exact same attire as Kylie and stunned everyone. As soon as she walked down the ramp, Kylie was sitting in the audience and her reaction became the subject of a viral upcoming meme.

Jealousy and lines on her forehead were very much visible as she saw another model stealing her thunder. When Irina walked down the ramp with the same lion head, the audience started comparing the two models. The competition was about who wore the dress better than the other. And maybe this was not very much liked by the 25-year model, Kylie Jenner.

Some say Kylie was appreciating the fact that her attire is exactly like hers, while others are trying to judge who wore the dress better. The controversial gown that became the talk of the town was from the Italian fashion house Inferno Couture line. The lion head attached to its shoulder was certainly increasing the boldness of the whole outfit.

The viral TikTok surely became the talk of the town. It was retweeted by thousands of fans that also made hilarious comments on the tweet. Here are some of them.

Is It Not a Real Lion Head

There were tons of fans who thought that the lion heads sitting on the shoulders of Kylie and Irina were real. But that’s very much false.

Both models were raising awareness for the killing of animals for various human needs. A lot of followers of both models appreciated them for taking such a unique step forward toward making their point.

When a fan bashed the two by asking if they are real animal heads, the organization for saving animals, PETA replied, “While these heads are fake and hopefully celebrate the beauty of animals, not glorifying the violence of trophy hunting — we encourage everyone to use 100% vegan and cruelty-free designs that showcase human ingenuity and prevent animal suffering.”