Kylie Jenner recently revealed the face of her baby boy with and now she was seen guiding fans to pronounce his name! 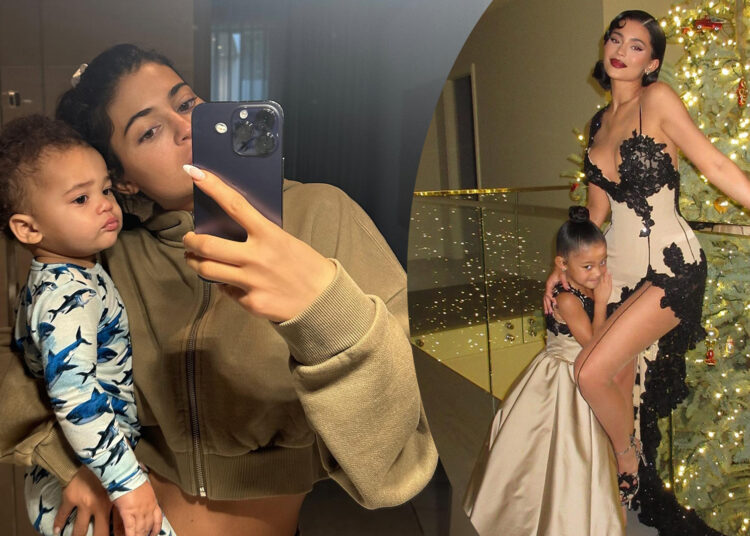 Kylie Jenner confirmed the pronunciation of the name of her son Aire when fans got confused about it. We have seen how things related to celebrities easily get spread like a storm. And that’s the reason why if any misunderstanding happens then they must come in front and clear all these things.

Whether it is related to their love life or their career, everything can be seen in one way. Talking about such things as personal life cannot be excluded from it as we have seen a lot of celebrities clarifying things related to it.

The same has happened with 25-year-old Kylie Jenner who finally decided to come up and pronounce the name of her 11-month-old baby Aire. When she decided to reveal the face and the name of her baby boy then a lot of people on the internet got confused related to the pronunciation of his name. That’s the reason why Kylie Jenner came in front and said that it is pronounced as “AIR”.

Coming to the context of a name then it is related to Hebrew origin which translates it as the lion of God. Coming to the confirmation of his name then it came almost 1 year since she gave birth to her baby boy. At first, she announced it to be Wolf but later on the name was dropped by Kylie Jenner as it was not giving the feel of his personality.

Here you can check out some pictures of Kylie Jenner and her Son Aire.

When many questions were asked to her related to the name and the face of a baby then she declined every time. Sometimes she talks about that how the name has not become official yet and as soon as it will become official then she will announce it.

Kylie Jenner has welcome her baby boy in February 2022. She decided to reveal the birth of a boy after 6 weeks when she was stable and free. She welcomed Aire with Travis Scott before getting separated from him.

Coming to separation then Kylie Jenner and Travis are no longer together a couple as the reality star is not seeing any kind of future with him. It is just her who is getting involved and seeing the future however, things would not last like this, and decided to separate ways.

It was not the first time when Kylie Jenner got separated from the rapper as it has already happened before the lockdown. But they both decided to share a roof in lockdown because of their daughter Stormi, which later on became the reunion. This reunion got confirmed when Kylie Jenner was seen dancing with him in a club.