List of the must-watch new mystery television series and the renewed seasons of old mystery series that are releasing in the year 2023. 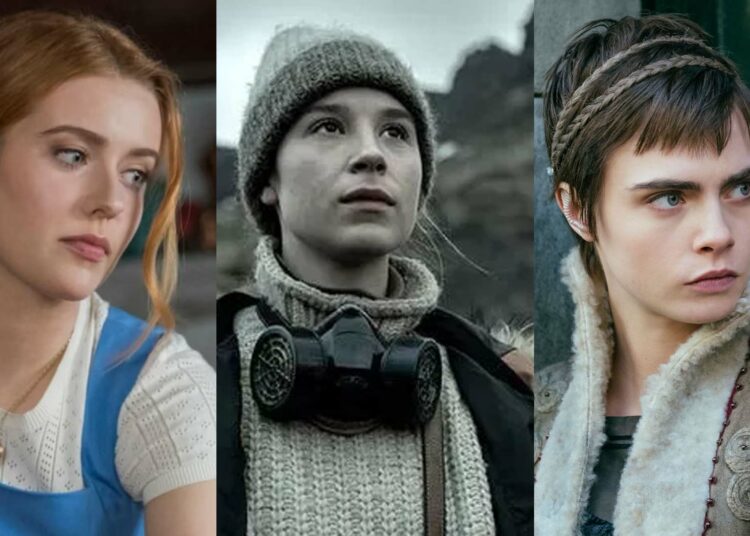 This year too some new mystery series along with new seasons of old tv series have been produced which are listed in this article.

Nic Pizzolatto has created this anthology crime drama series. Each season of it serves as a self-contained narrative and depicts new cast ensembles to portray different characters who are set in various settings.

The first season premiered on January 12, 2014, on HBO. Two more seasons have since been released. A fourth season titled ‘True Detective: Night Country’ is on the way. It has been situated in Alaska and cast Jodie Foster and Kali Reis in the main roles. The new season will arrive in 2023.

Sigurjón Kjartansson and Baltasar Kormákur have directed this Icelandic mystery horror drama series. The plot revolves around the catastrophic eruption of Katla, a sub-glacial volcano that results in turning a nearby community upside down.

A web of mystical happenings begins to emerge surrounding the ice. The first season of the series aired on June 17, 2021, on Netflix.

Though no particular date for a second season is yet to be published, it is expected that Season 2 will release sometime in 2023 only.

The plot of this action-adventure mystery teen drama series is set in a coastal town along North Carolina’s Outer Banks and centers on the feud between the working-class locals known as Pogues and wealthy seasonal residents known as Kooks.

When a group of Pogues teenagers embarks upon a journey of finding their ringleader’s father, they find themselves hindered by a wealthy group of Kooks and law. The series premiered on April 15, 2020, on Netflix with the third season set to be released on February 23, 2023.

This is a popular mystery thriller tv series the plot of which revolves around a man growing up to become a professional thief. Young Assane Diop comes to live in France with his father who wants to arrange for a better life for his son. But he is framed for theft by his employer which leads to his suicide in prison.

This incident makes Assane determined to take revenge for his father’s death for which he gets inspiration from a book about a thief Arsène Lupin presented by his father once.

Omar Sy portrayed Assane Diop in the series the first part of which premiered on January 8, 2021. A third party has been renewed and is expected to release in 2023.

Bart Nickerson and Ashley Lyle created this thriller drama series the plot of which revolves around a team of girls’ soccer players at New Jersey high school who while traveling over Canada for the national tournament, become stranded for the next nineteen months after their plane crashes in the wilderness.

The story chronicles their struggle to stay alive fighting against the hostile environment. The series won seven Primetime Emmy nominations. It premiered on November 14, 2021, on Showtime with the second season set to be released on March 26, 2023.

The plot revolves around famous defense lawyer Perry Mason and his origin story. The time is the aftermath of the Great Depression and like most of the U.S., Perry Mason is also struggling to recover from the grip of that depression.

While dealing with the trauma of The Great War and the hardships of getting divorced, he gets tired of the trial of a sensational child kidnapping case. But his investigation leads to major consequences for himself and those around him.

This crime thriller drama series is about an ex-US Naval Intelligence officer turned high-profile criminal named Raymond Reddington, known as Red. Being one of the most wanted fugitives of the FBI, he voluntarily surrenders to offer FBI names of the most dangerous criminals in exchange for immunity from being prosecuted and the opportunity of working exclusively with Elizabeth Keen, a rookie FBI special agent, and criminal profiler.

James Spader and Megan Boone portrayed Red and Elizabeth or Liz in the series. The series premiered on September 23, 2013, on NBC with the tenth season set to premiere on February 26, 2023.

This mystery drama series is based on Edward Stratemeyer’s ‘Nancy Drew novel series about the titular character investigating a supernatural murder mystery. Kennedy McMann portrayed Nancy Drew in the series.

The second season of the neo-noir fantasy series is set to be released on February 17, 2023, on Amazon Prime Video.

This is a four-part true crime drama series that is releasing on BBC1 in 2023.