Keith Urban was seen in casual look while having an outing with daughters Sunday and Faith!! 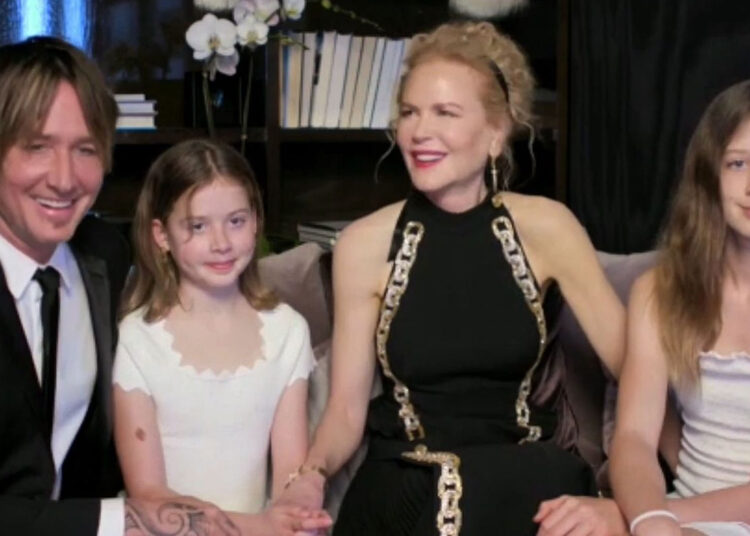 The older daughter of Nicole Kidman, Sunday, has now become taller than her father which can be seen in their recent outing with sister Faith. We have seen how celebrities really care about children and how time passes immediately.

From being born to raising their career by themselves is something that changes very quickly. And if we talk about the first thing that we generally notice then it is the height or the look of these children which surpasses the height as well as the look of their parents.

The oldest one is Sunday who is 14 years old and then she was followed by 12 years old Faith Margaret.

Coming to Sunday then she was wearing a light hoodie with black pants and matching it with white sneakers. On the other hand, Margaret has decided to wear a pink sweatshirt with matching sneakers and sweatpants.

Here you can check out some pictures of Nicole Kidman’s Daughters Sunday, Faith, and Husband Keith Urban from their small outing.

The proud father was seen smiling and carrying a black bag while walking with his daughters. He was also wearing a black baseball cap.

Talking about height then Sunday has surpassed the height of her father and become taller in the family. She was seen holding some leftover food in her hand which may include the meal from the restaurant they have visited.

On this outing, the family was looking very happy with each other. They were engaged in some kind of conversation which was definitely not clear. If anything was missing in this outing then it is the mother Nicole Kidman who is 55 years old.

It was on Friday when the whole family was seen going on a private jet. They were heading towards the home country of Nicole Kidman, that is Australia.

Going to Australia, Nichole Kidman has proved that she is a great actress who carries all the looks. It can be seen through her casual outfit which came with a pink top and jeans while matching with sneakers.

Before going to Australia, Keith Urban made headlines related to spending their fun time in Sydney. The couple was seen holding hand in hands while going on the outing.

Without any doubt, Keith Urban and Nicole Kidman have set some couple goals for others. They have celebrated their marriage for 16 years happily. It was recently when they have completed 16 years in June 2022 and that’s the reason why the actress came to Instagram to share amazing photos.