Sexify Season 2 has undoubtedly grown from the first one! The characters are no longer in college or school. 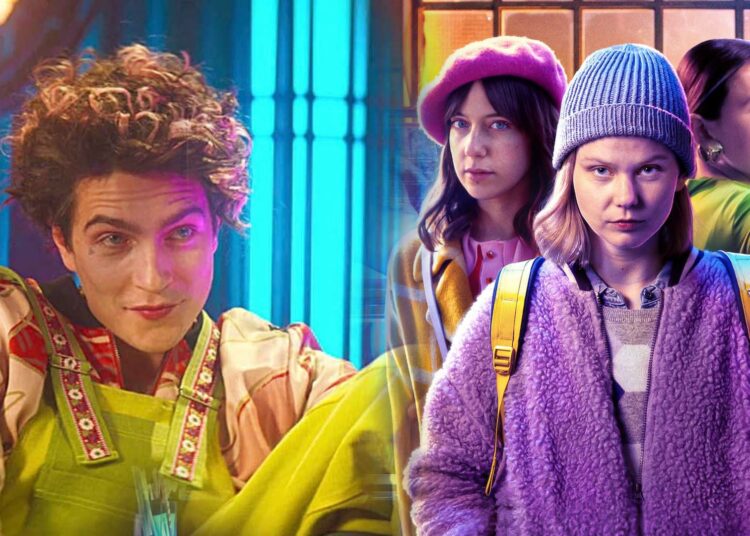 Sexify Season 2 is messier in a world of technology and intellectual property. The significance of orgasms and relationships is at the center of the story’s mind, but the corporate cogs of the globe that eat the flesh of the bones of technologies remain the story’s villain.

Monika (Sandra Drzymalska), Natalia (Aleksandra Skraba), and Paulina (Maria Sobocinska) fight a much more severe threat in Season 2. The launch of the Sexify app is the least of their worries, but the world that lives on competition and aggressive corporatism has become a cornerstone of their potential demise.

Sexify Season, in combination with their connections, diving into love, complicated parents, and the road to pleasure,

The story’s central theme is the dangerous world of intimacy. How two human beings sexually combine and bring each other pleasure is unnecessarily taboo, particularly in Western culture. Sexify, like a thin plaster, clears away the taboo and continues to case study for that ultimate connection with the ideal match.

Seeing the app’s creators struggle with intimacy while launching an app that promises the answer is amusing.

Is Sexify Season 2 any good?

The show and its characters have matured with time. The characters are no longer in college or school. Instead, they aim to run a successful business, and the creators have created an environment favorable to this. As a result, each episode is fast-paced and full of satisfying developments. With such a fast pace, viewers are quickly drawn into the drama unfolding.

The comedy and dialogue are perfectly placed. At times, viewers can predict how a particular character will behave. Despite this, a nice chuckle can be enjoyed. The performer’s effort and the script’s writing deserve credit. Sexify season 2 has also handled intimate sequences with care.

Sexify Season 2 also spends a lot of time away from the main storyline. As a result, the networking of Monika and Maks in the third episode, as well as the entire seventh episode, is laboriously drawn out.

The show tried to concentrate significantly on the characters’ personal lives this season, particularly in the seventh episode. The subplots needed to have the excitement of the main plot. This rendered the entire seventh episode pointless.

In this seventh episode, only Rafal discovering the value of the new app for men pushes the plot forward.

Adam talks starting from fresh with Natalia when she returns home. They decide to watch television together in peace. A sense of togetherness drives the scene. Things between them grow intimate. They’re both paying much attention to each other’s bodies and hooking up at a passionate moment. They both fell asleep close to one other.

Natalia then gets out of bed and returns to her computer. She requests coffee from her partner. She’s ready to grow again. Is this a new Sexify app? Natalia, on the other hand, loves the graft. Season 3 on Netflix may explain everything.

Season 2 concludes with closure, but viewers will be left wanting more.