Miley Cyrus Was Seen Topless As She Teased New Music!

Miley Cyrus was seen singing in the shower as she was showing off her tattoos while teasing new song! 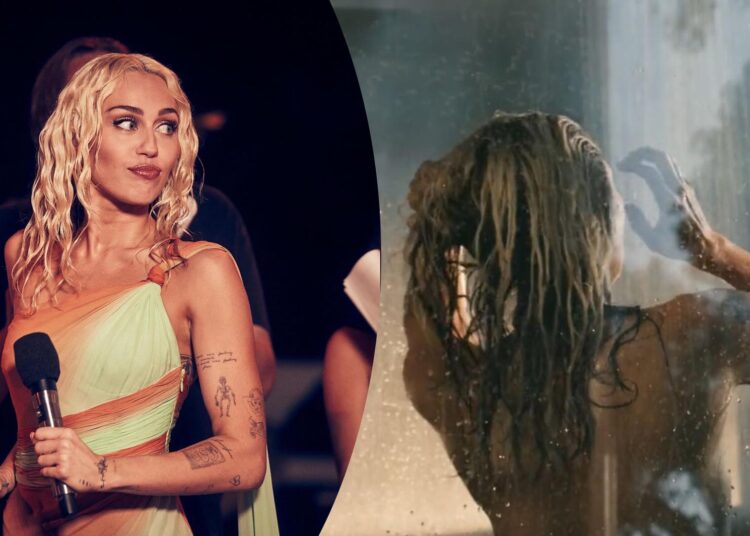 Miley Cyrus has shared a topless shower video and teased her new music video. We have seen how celebrities try to introduce the new project with a new style.

Whether it is related to releasing any movie or any series or even any music video, they try to adapt unseen behavior or unseen pictures that will grasp the attention of fans.

And if we talk about such things then Hollywood is very much known for it. In specific to music then there are a lot of celebrities who have decided to come back and have already teased new music.

Something like this recently happened with Miley Cyrus as she was seen topless in a new video. The 30-year-old has uploaded a rare glimpse of her being in the shower. She was seen underwaters and singing acapella while running her hands nearby her hair. Most of the tattoos of Miley Cyrus came in this play as she was topless.

Coming to the caption then Miley Cyrus kept it very low by just writing “flowers” while she was singing. She has uploaded this video to her 192 million followers on Instagram.

In the video, one can see how steam water was there around the singer while she was showing off her back. If we talk about the comments then a lot of celebrities, as well as fans came and appreciated this look.

Among them was Paris Hilton who responded to the video by adding the emoji of heart eyes. The next one is DJ Diplo who has also dropped the emojis but of flowers and hearts. A lot of fans also came on the comment section and show that how she is beautiful and at the same time talented.

Some fans even pretended to scream in the comment while writing and said that they can’t wait for a new music video or any song. This video came just a few days after Miley Cyrus has release the picture from her album art.

The picture was uploaded on 5 January 2023 on Instagram. She was seen wearing a swimsuit and sunglasses with heels.