In the True Spirit trailer, the true story of a teenager who set sail alone around the world is brought to life. 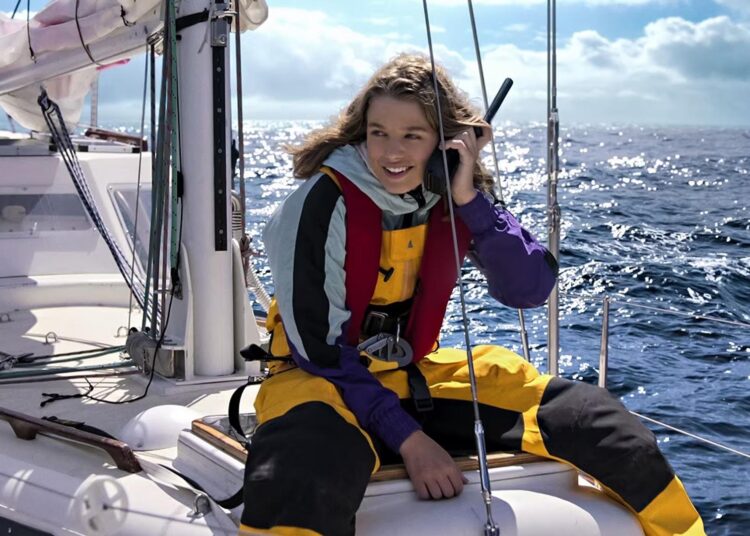 True Spirit, the anticipated coming-of-age movie based on the incredible real-life story of how Australian youngster Jessica Watson became the world’s youngest person to sail around the world solo, has got its official trailer from Netflix.

In the new trailer for Netflix’s upcoming film True Spirit, a teenager begins a fantastic journey. Based on a true story lived by Jessica, The movie, directed by Watson and based on a book of the same title, follows a 16-year-old as she sets out to become the youngest person to sail solo around the world.

The journey will see the young woman attempt to sail around the world in 8 months, clocking up 23,000 nautical miles.

In the trailer, Teagan Croft plays Watson as she boards the little sailboat and sets sail into the ocean’s deepest corners. As she travels worldwide, we see the young woman face dangers daily as huge waves nearly sink the little boat.

However, as the teen proceeds on her adventure, there are also sunny days and starry nights; it’s not all gloomy sky and crashing waves. Despite being alone on her yacht, She has the affection and support of her friends and family back home, including her parents, Julie and Roger Watson, and sailing coach Ben Bryant.

Jessica dodges the rough waves despite all the odds seemingly stacked against her to show her skills to herself and the rest of the world.

The young Australian sailor who inspired True Spirit set out on her exhausting and transformational 210-day trip in 2009. She finished writing her book True Spirit in 2010, which detailed her adventures while at sea on her little but mighty pink yacht.

The Cast we will see in True Spirit.

The forthcoming film True Spirit will be available on February 3, 2023.