Olivia Wilde Was Seen With Kids One Month After Break-up With Harry Styles!

Olivia Wilde was seen with her two kids after getting seperated with Harry Styles! 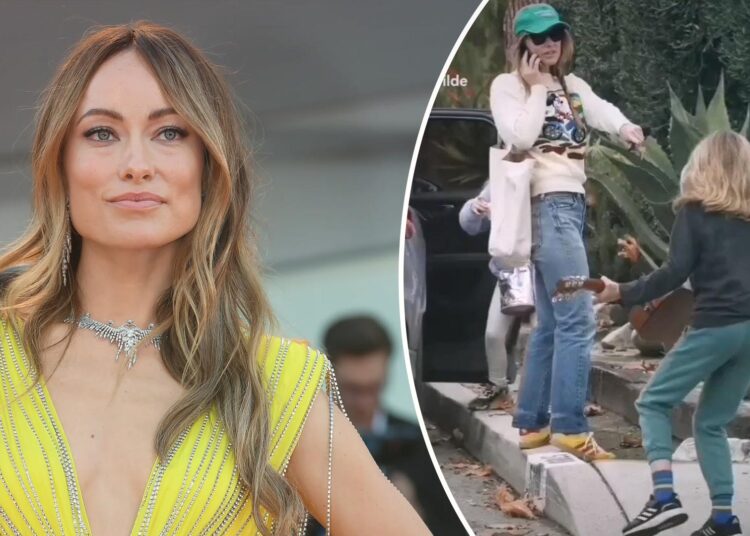 The actress Olivia Wilde was spotted with her kids after one month of separation from Harry Styles. We have seen how some celebrities have gone through many difficult situations but the way they have handled themselves as well as the situation is totally up to the mark.

Something like this has recently happened as the actress Olivia Wilde was seen enjoying time with her kids after one month of separation from Harry Styles. The actress Olivia Wilde seems like she is moving on after calling it quits. She has two adorable children and both of them were shared by her ex-husband named Jason.

Coming to fashion Olivia Wilde carried then she was wearing a Mickey mouse sweatshirt and matched it with yellow and red sneakers. The actress also went with jeans and added sunglasses to the look. She was also seen wearing a baseball cap while her hair was tied up. Coming to her children then they were also with their mother working outside.

Also Read: Kim Kardashian Is So Caring And Loving With Her Kids And Family!

Here you can check out some pictures of Olivia Wilde with her Kids.

The outfit of the children was also appreciated as it was black and green sweatpants. The children were also wearing blue socks as well as black and white sneakers. Coming her 6-year-old or youngest daughter, that is Daisy then she was looking beautiful as ever in a white top. She was wearing it with white jeans or pants that were coming in pink and black shades.

This latest family out came after she and Harry Styles went on a temporary break up. A lot of people are calling it a breakup while on the other hand, Harry Styles feel like he is right now just on a break. As he would not say that they have broken up by putting their amazing relationship on hold. The reason behind their break up or taking a break is the fact that the future is not going further.

Just before the breakup, Olivia Wilde was seen enjoying the Los Angeles concert of Harry Styles where she has taken her children. All of them were very happy as they have seen Harry styles performing live in front of a huge crowd. A source said:

“They have been talking about it for some time. But he will not say it is over and neither will she. Nothing changed from when she brought the kids to the concert to when it became known to the public. The kids love Harry and Harry loves them.”