EXO to Make a Comeback.

After the completion of military enlistment, the South Korean boy group EXO is going to make a comeback in 2023. 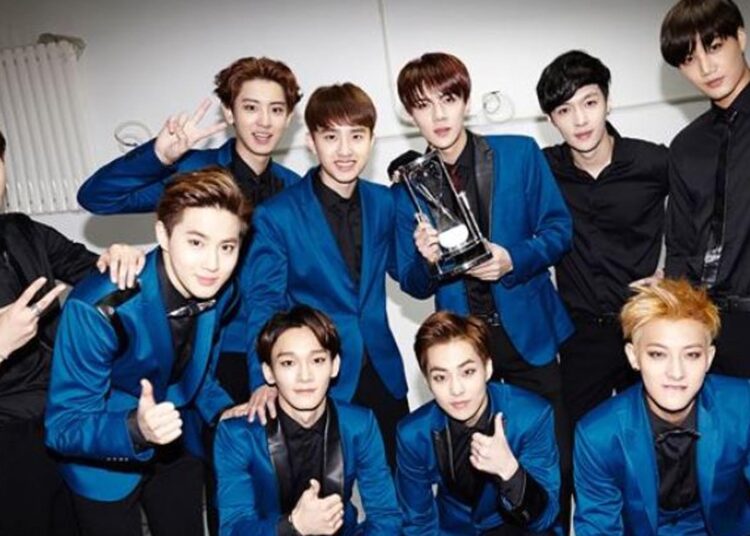 The South Korean boy band EXO is finally going to make a comeback. The group which consists of nine members made its debut in 2012. The members of the group include Xiumin, Suho, Lay, Baekhyun, Chen, Chanyeol, D.O., Kai, and Sehun.

On the occasion of the new year the leader of EXO, Suho greeted the fans and wished them a happy new year. Along with wishing the fans, Suho also announced that the group is going to make a comeback. Suho wrote in the caption, “Happy New Year. EXO will make a comeback in 2023.”

The members of Exo beginning from Xiumin in 2019 later on, D.O., Suho, Chen, and Chanyeol completed their military enlistment. Baekhyun, at present, is serving in the military and is going to be discharged on February 5.

Here Is More About Korean Group EXO Making their Comeback in 2023.

The group has not been able to perform together since Xiumin started military enlistment in 2019. After a long gap, the group is going to make a comeback together and the fans are really excited about it.

EXO is one of the famous boy bands and the fans are patiently anticipating the comeback of the group. Although the official announcement of their comeback has happened yet.

Exo was the first Korean act to accomplish so in 12 years with the success of their debut studio album XOXO (2013), which was also accompanied by their breakout single “Growl.”

The album garnered favorable reviews from reviewers and sold over a million copies. Don’t Mess Up My Tempo, Exo’s sixth studio album debuted at number 23 on the US Billboard 200 and went on to become their highest-charting album. It also became their best-selling album in South Korea, where it sold over 1.9 million copies.

Exo has performed at over 100 concerts across four headlining tours and other joint tours. They have also received numerous prizes, including five consecutive Album of the Year Mnet Asian Music Trophies awards and two consecutive Artist of the Year Melon Music Awards.

The group has been dubbed “Kings of K-pop” and the “largest boyband in the world” by numerous media outlets, and it was listed as one of the top five most influential celebrities on the Forbes Korea Power Celebrity list from 2014 to 2018.