The Circle Season 5 Official Clip: The Game Has Undoubtedly Evolved!

The Circle is back on Netflix for Season 5, and a brand-new cast of participants hopes to win the title of most popular influencer and a large cash prize! 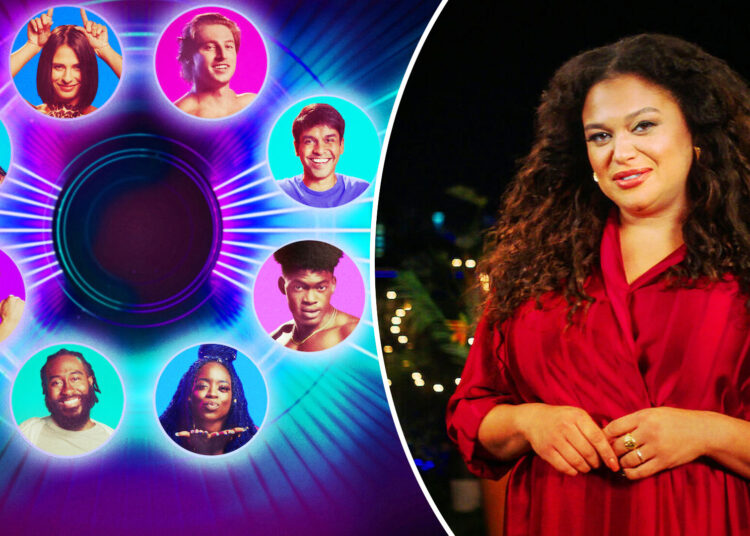 The Circle is returning to Netflix for Season 5, and viewers may expect loads of surprises this time around. The contestants on the reality television show, presented by the actress and comedian Michelle Buteau, all reside in the same apartment complex but only interact online.

Official Clip of The Circle Season 5

Shubham, the Season 1 runner-up and a fan favorite, makes a triumphant return in the most recent episodes from The Circle Season 5. Finally, Shooby is back inside the building! But you would be wrong if you believed that was the end of the surprises.

Would The Circle allow Shubham to return and play himself in another season, given how much they like to shake up things? Without even a question. The most trusted participant from Season 1 is returning, but he’s a catfish this time.

Shubham had known the score from when he re-applied to The Circle, as shown in his promo video. He might play again, but this time as a catfish. Even that catch has a catch because Shubham would likewise be unaware of his profile until he moved into his Circle apartment.

That implies, unlike the previous catfish, Shubham won’t be able to carry out any research or prepare any materials (even though all the information in the world can’t prepare you for a simple golf question). So, who does Shubham play?

Shubham used the words “single but content!!” as though the two exclamation marks were a fence protecting “Sasha” from any flirting. The rest of the profile has a lot of layers, which Shubham wanted.

Shubham made the right choice here because catfish are frequently detected because they keep their profiles and interactions vague.

And, while Shubham has to portray a woman, which has historically tripped up men, at least he’s playing a lady his age. There will be no continuation of the Brian/Brittany plot, which concluded last week.

Participants of The Circle Season 5 :

Brett Robinson is a content creator.
Brian Clark, who is a digital creator and is appearing on the show as catfish Brittney.
Billie Jean Blackett, a model, will enter the series as her ex-boyfriend Bruno.
Chaz Lawrey describes himself as the “Shampoo Papi”
Marvin Achi, a chemical engineer, and fitness enthusiast, often posts about his journey on his social media pages.
Oliver Twixst is a 27-year-old musician and content creator who will be vying for the grand prize on Netflix’s famed reality TV show.
Raven Sutton is a disability advocate and a deaf performer.
Sam Carmona has over 750k followers on TikTok and is a self-described Brooklyn Rican.
Tasia Lesley is a 29-year-old content creator.
Tom Houghton, a stand-up comedian, released his special, The Honourable, earlier this year.
Xanthi Perdikomatis is a Greek model who will be playing herself on the famed reality TV show.

What is The Circle about?

The Circle follows a group of people who reside in the same apartment building but only contact through online messaging systems, never meeting in person or hearing one other’s voices.

The cast rates each other during ranking ceremonies throughout the game, with the most popular labeled “influencers” and the least popular at risk of being “blocked” and ousted from the game.

What makes The Circle even more intriguing is that competitors may build online accounts as themselves or act as someone else, which raises suspicions as players try to determine who is being genuine and who is a catfish.