The duo Suhana Khan and Agastya Nanda was shooting their upcoming Bollywood movie The Archies. 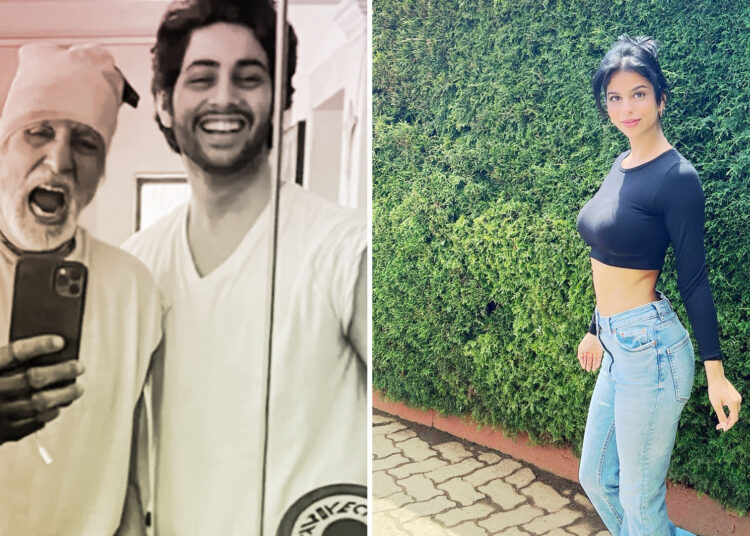 As soon as the new year has begun, some interesting news has been pouring out of the Bollywood industry. The most spread out rumors have always been regarding linkups and breakup of the Bollywood celebrities and these are the news that gain huge attention from the fans.

Suhana Khan is one of the most popular name in the industry right now, the young star is talk of the town and always makes headlines with her public appearances, and now she is part of one of the biggest headlines this year.

What is the Truth After Suhana Khan and Agastya Nanda’s Dating Rumors?

Suhana Khan and Agastya Nanda have known each other from quite a long time and the two were even working together for their upcoming Bollywood debut.

They have been shooting for Zoya Akhtar’s directorial film The Archies for the past year and the film also features Janhvi Kapoor’s younger sister Khushi Kapoor, Vedang Raina, and Yuvraj Menda.

It’s a no brainer that the two have been spending some tremendous time together at the sets of their upcoming movie which might have led to them developing feelings for one another; Suhana was also spotted with Agastya at the annual Christmas Lunch at Kapoor’s mansion last year.

Well, if the rumors are true then this could be one of the hottest and most talked about news for quite a long time since both of them come from a hugely popular family.

Suhana who enjoys a huge fan following will certainly break lots of heart but her fans will be able to see the on-screen chemistry of Suhana and Agstya soon as their movie will be released this year on Netflix, the movie Archies is an adoption of popular American comic.