Pressure Cooker Official Trailer of New Cooking Competition Is Out.

Cooking Show that puts the chefs' patience and skills to the test! 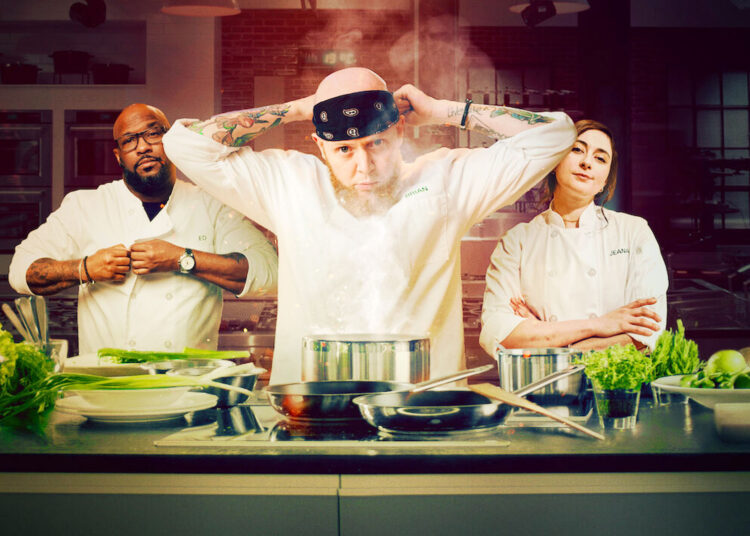 While fans are upset with Netflix for not renewing specific series, Netflix fans are thrilled with their new Pressure Cooker Trailer. Netflix has never failed to provide shows with original and distinctive concepts and plots. That said, Pressure Cooker is unique, and you’ll adore it.

Pressure Cooker will be the first reality cooking competition series of its type. The cooking skills and challenges of shows like Master Chef and Hell’s Kitchen will be combined with the voting mechanics and tactics of shows like Survivor and Big Brother.

Eleven expert chefs will be confined together in a “fortress” to live and compete to show they have what it takes to thrive in the culinary world.

However, unlike other shows, the food will be judged by each other rather than a panel of judges. So there will need to be more to be the finest chef; they’ll have to form alliances, backstab, and give it all to win.

The trailer of Pressure Cooker shows eleven chefs entering the house, assuming a standard cooking show but finding much more. As drama and emotions mount, lines are formed in the sand immediately.

Do the chefs keep the alliances they formed? Do they prioritize the greatest chefs? Or perhaps the cooks who don’t belong there? The stakes have never been more significant as they all battle for the $100,000.

In the released trailer, we can hear the contestants express how they lose their minds whenever they hear the ticker print. Each chef strategically removed rival cooks to keep the game show balanced while impressing others to stay on the show.

The game show will include other exciting tasks for the chefs to put their cooking skills to the ultimate test.

Indeed, in the teaser, one competitor says, “It’s not just about food, and the sooner we recognize that the sooner we can start genuinely playing this game.” This reality program is similar to Big Boss. However, it is only for cooks competing for a big prize.

When will the Pressure Cooker be released?

Pressure Cooker will release on Netflix on January 6, 2023, featuring a cast of incredible chefs. Among the contestants will be the well-known private chef Robbie Jester. Robbie Jester has appeared on popular cooking series such as Beat Bobby Flay and Guy’s Grocery Games. Notably, Robbie Jester has beaten Bobby Flay.

Because all the episodes will be aired on the same day, you can watch the dramatic cooking show and determine whether or not the winner was fair. So if you’re looking forward to this episode, set a reminder and enjoy the frantic cooking show.