Olivia Wilde Was Seen Shopping After Her Separation With Harry Styles!!

Olivia Wilde was seen doing shopping for New Year after a month of seperation with Harry Styles!! 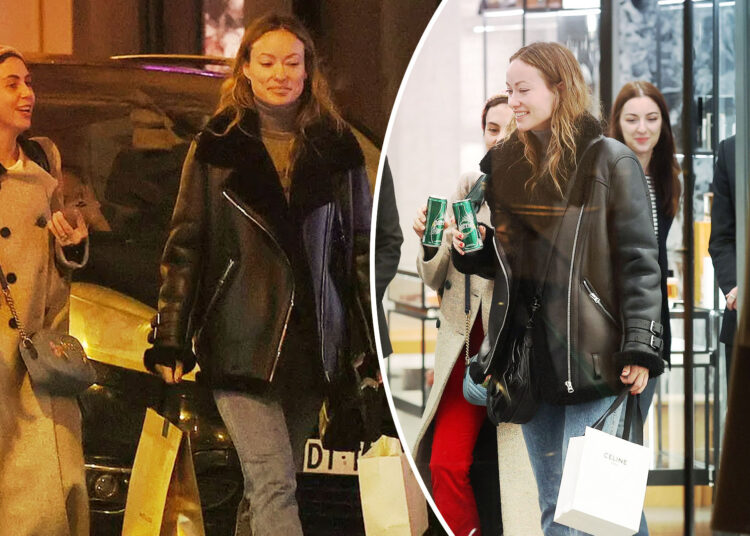 And if we talk about personal life then a lot of celebrities met with some heartbreak as they decided to separate from their partner. But apart from everything they have decided to move on and that is the moral of the story.

Something like this happened to Olivia Wilde as she was shopping after her separation from Harry Styles.

It was on 30 December 2022 when Olivia Wilde was seen in Paris. She was enjoying her time with therapy which was related to retail. The director was seen in a grey sweatshirt while pairing it with Denim.

Her black leather jacket motorcycle style was also looking amazing on her. She was also seen with a leather handbag while looking at the collection.

Here you can check out some pictures of Olivia Wilde in Paris with her Friend.

If we take a look at her current situation and personal life then Olivia Wilde is still upset related to her breakup with Harry Styles.

According to the source, the actor is really upset and that’s the reason why she decided to go on vacation.

Coming to the relationship between Olivia Wilde and Harry Styles then they met on the set of Don’t Worry Darling. The couple soon decided to date each other in December 2020 when Olivia Wilde got separated from Jason.

Coming to the break-up then it happened in November 2022. According to the source, neither Harry Styles nor Olivia Wilde was prepared for this. According to Harry Styles, they have not broken up but just paused the relationship. And the only reason behind it is their future because they both are not aware of where the future will take them.

It was recently when Olivia Wilde got candidly related to her the drama which was going around her film called Don’t Worry Darling.

Since everyone focused on the romance that is there between Harry Styles and Olivia Wilde, the actress herself was not happy with it. She then said how shocking it is that so many false things were going around the movie.

Coming to the relationship that is there between Harry Styles and Olivia Wilde then they both are going well in their life. They do have not any kind of hate for each other but always respect and support each other work.

Olivia Wilde is right now focusing on her career and her children and at the same time, Harry Styles is focusing on his upcoming tour. He is also committed to upcoming movies that’s the reason why they both would be busy.