Citadel Indian Version: What Is the Spin-Off All About?

The American film Citadel, starring Priyanka Chopra and Richard Madden, was adapted for the Indian market. It is an innovative plot, a tense spy thriller that will keep you on the edge of your seat. 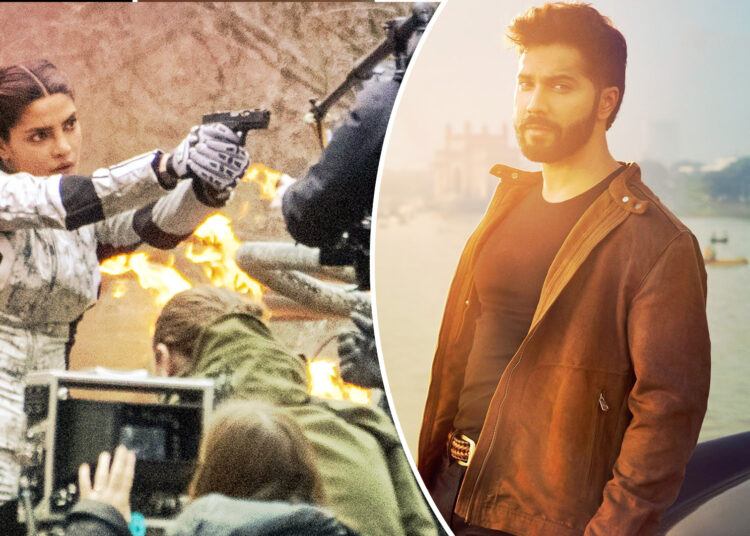 The as-yet-untitled Citadel series will be the first web series in which Varun Dhawan will appear as a protagonist. Dhawan expressed his excitement at the beginning of his journey in the digital realm, saying that Prime Video is like home to him and that he is pleased to begin his journey in the streaming arena with them.

Being a part of the wonderful universe created by the Russo Brothers‘ AGBO and Jennifer Salke for the incredibly ambitious and thrilling franchise Citadel marks a significant turning point in his professional life.

According to a press release from Aparna Purohit, head of India originals at Prime Video, the Indian version of the distinctive and captivating Citadel world is one of our most exciting projects, and working with the Russo Brothers’ AGBO has been a very wonderful opportunity. We are extremely proud to have Varun make his streaming debut and serve as the star of this Prime Video series.

Citadel Indian Version: What Is The Spin-Off All About?

The American film Citadel, starring Priyanka Chopra and Richard Madden, was adapted for the Indian market. It is an innovative plot, a tense spy thriller that will keep you on the edge of your seat.

However, despite the fact that this would be more of a spin-off series, it will still depict the story of espionage in India. The events in the show will take place in two different time periods: the beginning of the 1990s and the end of the decade.

The series, which features intense periods of action, also promises to feature a great deal of emotional depth. For the first time, Samantha Ruth Prabhu and Varun Dhawan will share a screen and play Spy. Dhawan will also make his OTT debut with this. The series will be directed by Raj and Krishna DK.

The pre-production, site search, and action design portions of the project have already been started by Raj and DK. According to the sources, Dhawan and Prabhu have already begun participating in workshops in order to get ready for the shoot.

To begin filming by the beginning of December, though, they needed Dhawan to wrap off his work on Bhediya.

The American spy series Citadel has a tie to India even before it started exploring the expansive realm of Citadel India. The creators of the series have referred to it as a “multi-layered global franchise” that features “interconnected local language productions from India, Italy, and Mexico.”

Late in 2023, Citadel will make its Amazon Prime debut. In terms of their professional endeavors, this marks the first time that Dhawan and Prabhu have worked together with Nidimoru and DK. Prabhu previously collaborated with him in The Family Man 2.

The first series to appear within the Citadel world will be the American television show Citadel, starring Priyanka Chopra, which will make its debut on Amazon Prime in the year 2023.

On the other hand, Citadel Hindi’s release date hasn’t been made public yet. The series would reportedly take three to four months to film and will launch on Amazon Prime in late 2023 or early 2024. In addition to the Italian-themed Citadel Hindi spinoffs, Spanish and Mexican-themed ones are also in the works.

Citadel Plot: What Is It About?

According to sources, the Hindi episode of the action-packed spy series Citadel will focus on the story of spies in India. According to reports, Varun and Samantha would play spies.

As per the sources, the television show will take place in the 1990s and will revolve around two different time periods: the beginning of the decade and the end of the decade.

Amazon stated that all of the local series are aimed to improve the overall entertainment experience and will be available for the audience to deep dive into an imagined multidimensional world.” Priyanka Chopra and Richard Madden play Citadel agents Mason Kane and Nadia Singh, respectively.

The show is said to as “an immense and unprecedented worldwide event comprising a mothership series and multiple local language satellite series” and an “action-packed spy series with a fascinating emotional center.” There are spinoffs set in Mexico, India, Spain, and the Italian Alps.