CSI: Vegas Season 2 will very certainly be made accessible on all previous platforms that have the rights to stream the series, in addition to being broadcast live on the CBS. 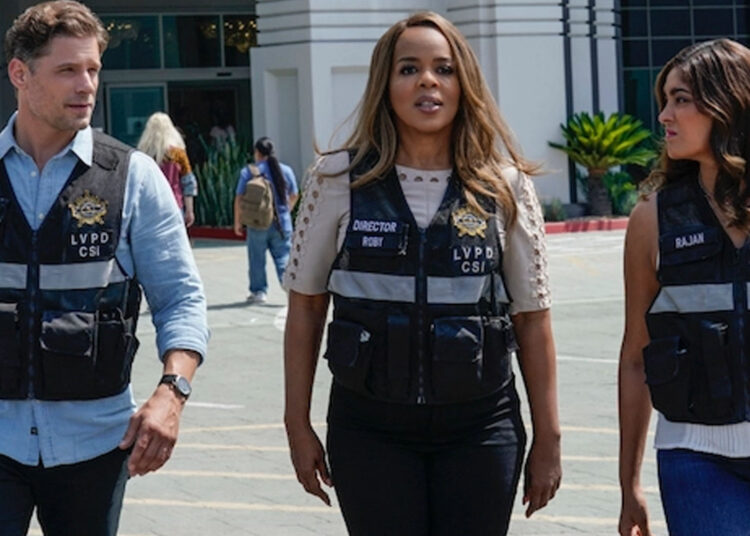 CSI: Vegas Season 2 Part 2/ Episode 10 is all set to release next year in January 2023, and here are the latest updates of the series.

‘CSI: Vegas’ is a crime drama television series produced by Jason Tracey that stars Wallace Langham, Paula Newsome, Jorja Fox, and William Petersen. It is the fifth installment in the CSI franchise and focuses on Sin City during a time when an existential threat envelops the neon streets of the city and places the CSI Crime Lab in jeopardy.

The brilliant crew of forensic detectives must reorganize themselves in order to counter the nefarious intentions of their rivals and bring them to justice. They have been equipped with cutting-edge procedures that have never been seen before.

The show brilliantly conveys tense drama, and the unexpected turns in the plot leave the audience guessing about what will happen next. Some of the scenes will definitely pique your interest due to the fact that they take place in the glittering metropolis of Las Vegas, which is the setting for all of the criminal activity and action.

So, if you are curious to know about the release date of the upcoming part of the series, then read this article till the end.

Yes, CSI: Vegas Season 2 Part 2/ Episode 10 is coming in January 2023. The American crime drama television series will debut its upcoming episode on January 5, 2023. The title of this episode is “Eyeballs.”

The show received a second season renewal from CBS on December 15, 2021, and the first episode debuted on September 29, 2022.

Anthony E. Zuiker dropped a hint in October 2022 that the second season will have a minimum of 17 episodes, but CBS ultimately decided to order an additional four episodes, bringing the final number of episodes to 21.

The following members of CSI: Vegas’s main cast are likely to appear in the forthcoming episode of the series in the same roles they played in previous episodes:

1. Paula Newsome will play the role of Maxine “Max” Roby

2. Matt Lauria will play the role of Joshua “Josh” Folsom

3. Mandeep Dhillon will play the role of Ahalya “Allie” Rajan

4. Mel Rodriguez will play the role of Dr. Hugo Ramirez

5. Jorja Fox will play the role of Sara Sidle

6. William Petersen will play the role of Gil Grissom

7. Ariana Guerra will play the role of Serena Chavez

8. Jay Lee will play the role of Christopher “Chris” Park

9. Lex Medlin will play the role of Beau Finado

10. Marg Helgenberger will play the role of Catherine Willows

Season one of the popular crime procedural drama took place in Las Vegas and marked the beginning of a new era. In addition to that, it pioneered the use of serialized storytelling.

Maxine Roby, the leader of a smart new team of investigators, solicited the assistance of old acquaintances Gil Grissom and Sara Sidle in order to investigate a case that centered on David Hodges, a former coworker who had left the company.

The entire Crime Lab was in danger, and hundreds of convicted murderers may be eventually released onto the neon-lit streets of Las Vegas. The coordinated team maintained and enforced justice in Sin City by following the trail of evidence using cutting-edge forensic techniques.

The viewers were able to witness in the final episode of the first season, titled “Signed, Sealed, Delivered,” that when Hodges goes missing, the CSIs had to look for evidence that can locate him, clear his record, and save the reputation of the crime lab.

When Hodges is discovered alive, Wix is found guilty. Kenneth Fink directed the episode, which Jason Tracey and Craig O’Neill wrote. The program had an estimated 3.55 million US viewers on average when it was first broadcast on the channel, according to estimates.

It is rumored that the next season will be picked up at this point in the final episode and reveal the primary plot of the show in terms of characters and stories.

Where Can You Watch Season 2 Of CSI: Vegas?

CSI: Vegas Season 2 will very certainly be made accessible on all previous platforms that have the rights to stream the series, in addition to being broadcast live on the CBS channel on Thursday evening at 10 o’clock.

Depending on where the viewers are, the series is additionally available for purchase or rental on iTunes, Amazon Prime Video, Google Play, and Vudu. Users can select from a variety of membership plans. On the other hand, you may view it for free on the CBS platform if you want to.