Abbott Elementary Season 2 Part 2: Is It Releasing In January 2023?

The quirky comedy 'Abbott Elementary' tells the story of a group of educators who are attempting to find their place in the tumultuous environment of the school after which the show is named. 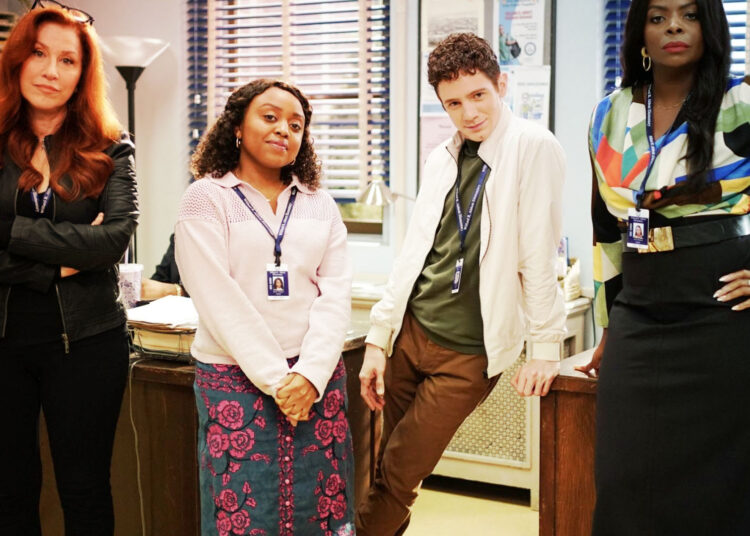 Abbott Elementary Season 2 Part 2/ Episode 11 is all set to be released next year in January 2023, and here are the latest updates of the series you need to know.

The quirky comedy ‘Abbott Elementary’ tells the story of a group of educators who are attempting to find their place in the tumultuous environment of the school after which the show is named.

Quinta Brunson is the creator of the mockumentary series “Abbott Elementary,” which centers on a group of committed teachers trying to help their pupils thrive in life while working in a shady Philadelphia school.

Despite the fact that the odds are not in their favor, these tenacious instructors are passionate about what they do and give their all to provide the pupils with the education they need.

The first season of the sitcom was initially broadcast on ABC in December 2021, and its premiere was met with a great deal of affection and respect from both fans and reviewers. This made it possible for the series to attract a considerable number of viewers.

So, if you are one of the fans who are eager to learn about the upcoming episodes of the series, then you have come to the right place. Here we will discuss everything related to the upcoming part of the series Abbott Elementary Season 2.

The show was given the green light for a second season consisting of 22 episodes in March 2022, and the first episode of the new season debuted on September 21, 2022.

The Philadelphia Flyers mascot, Gritty, made a guest appearance in the first episode of the second season, which attracted a lot of online attention.

The storyline of the first season focuses on a variety of ideas, including commitment, inequality, determination, and passion.

The teachers do their best at work while also dealing with personal difficulties as the titular school faces numerous challenges. In the last episode of the season, Tariq shares the news that he has been given the opportunity to work in New York.

This raises serious doubts about his friendship with Janine. Janine gives it a lot of thought and ultimately concludes that she and Abbott are more important than Tariq. Additionally, Gregory and Barbara’s daughter Taylor get more friendly with one another.

Is Abbott Elementary A True Story?

“She just had many anecdotes over her 40 years working the Philadelphia school district.” In addition, Brunson is familiar with the public school system in Philadelphia, and as a result, she incorporated her own experiences and insights into the development of the plot of the play.

The lives of educators who toil in underfunded and poorly managed schools are being documented on camera by a documentary crew. Willard R. Abbott Elementary School in Philadelphia, a city public school with a predominately Black student body, is one of the locations they have chosen to document. The school’s conditions are poor, and very few teachers stay more than two years.

How And Where To Watch Abbott Elementary Season 2?

Due to the fact that Abbott Elementary is an original series produced by ABC, episodes are carried live on the broadcast network.

For those who no longer use traditional cable or satellite television, ABC is accessible via live TV streaming on websites like YouTube TV, Hulu with Live TV, and Fubo TV.

Hulu typically makes new episodes available to stream the day after they first air. Every Wednesday, a brand-new episode airs on ABC, and the following Thursday, the episode is available on Hulu. HBO Max and Hulu both have the first season available for streaming.

More About The Series Abbott Elementary

Quinta Brunson is the mind behind the fictional mockumentary sitcom series Abbott Elementary, which airs on ABC in the United States. It features Brunson as a second-grade teacher at Abbott Elementary, a made-up school in Philadelphia with a large Black student body.

The show’s first season received seven Primetime Emmy nominations and three awards when it debuted as a midseason entry in the 2021–2022 television season on December 7, 2021.

Joyce Abbott, a Brunson elementary school teacher, is honored by having her name attached to Abbott Elementary.