Having almost 50% of social media appearances, Harry Styles celebrated his Christmas at home. However, this news directly was not given by him but by his mother through Instagram. 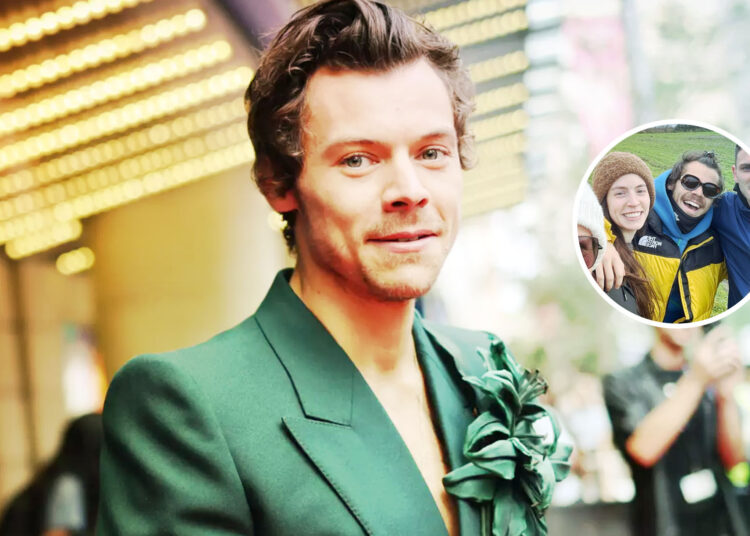 It is finally revealed how Harry Styles celebrated his Christmas after separating from Olivia Wilde. A lot of celebrities have tried to hide their way of celebrating Christmas 2022.

Some have celebrated it alone while most of them celebrated with their family or loved ones. But when it comes to some celebrities then they tried to keep it very simple and do not give much information about it.

The only reason behind it is the attention of the media which they will get. If we talk about any such celebrity then Harry Styles is one.

Having almost 50% of social media appearances, Harry Styles celebrated his Christmas at home. However, this news directly was not given by him but by his mother through Instagram. After his break up with Olivia Wilde, fans have wondered how Harry Styles is going to celebrate Christmas.

But instead of worrying about things, he just tried to be at home. He celebrated it with his mother and his sister with her boyfriend. It came with a selfie which was uploaded by the mother of Harry Styles on 28 December.

The happy family spent together some amazing movements as they all were seen wearing winter coats to keep themselves warm.

This Christmas was not that Merry for Harry Styles.

Coming to Harry Styles then he was wearing a yellow coat and sunglasses while smiling at the camera. His hair was tied and wearing a blue hoodie inside.

In the background, one can easily see the Greenlands of nature and some trees that was fitting well with the vibe of Christmas. The mother has also uploaded a snapshot of their dinner which included an amusing dish and some candles.

The mother has also uploaded a picture of the Christmas tree which was decorated with lighting and some silver material. The fireplace was also there to keep the whole home warm.

Just before one month of Christmas Harry Styles started his tour. His tour was incredible with the presence of many fans and celebrities. The name of the celebrity also includes his ex-girlfriend Olivia Wilde who attended the concert right after breaking up.

According to the source, Harry Styles wants to focus right now on his career of acting and singing and the same goes for Olivia, she wants to focus on her kids and work.

Coming to the relationship then Harry Styles dated Olivia Wilde for 2 years. They were seen together multiple times while spending dinner dates or lunch dates together.

When it comes to their break up then it was first announced as a normal break or a pause from this relationship. The only reason finds it is not assuming where the future will take them.

Coming to the Christmas of Olivia Wilde then it is not clear how she spent it. She has not uploaded any pictures on Instagram however, it is sure that she must have spent it with her two incredible children.