Kim Moo Yeol and Yoon Seung Ah are going to welcome their baby in the new year.

After seven years of marriage, Kim Moo Yeol and Yoon Seung Ah are going to welcome their first baby. 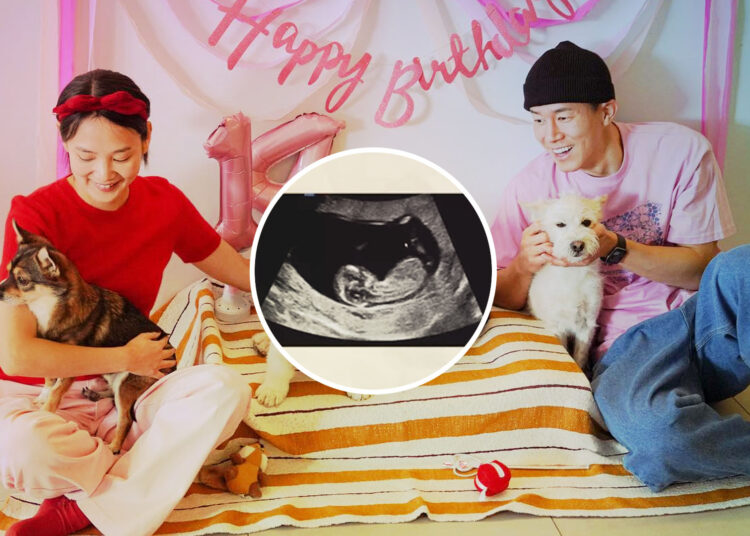 The South Korean actor and actress Kim Moo Yeol and Yoon Seung Ah are going to welcome their first child in 2023. Yoon Seung Ah made her debut as a magazine model. The actress became popular after appearing in two music videos by Alex Chu and Ji Sun in 2006.

On December 25, PrainTPC, the agency of the couple, announced that the actress Yoon Seung Ah is pregnant with their first child. The couple is expected to become parents in the upcoming year.

The two tied the knot on April 4, 2015, after dating for almost 5 years. The child is expected to be born in June 2023. After seven years of marriage, with a new year, the couple is going to welcome their child with much love.

Also Read: Song Hye Kyo’s The Glory Is to be Released in 2 Parts.

The agency gave a statement, “Yoon Seung Ah is completely joyful as she concentrates on her prenatal care after meeting a lovely life with the pair Kim Moo Yeol.

In June 2023, she is expected to deliver the baby. Please grant us your blessing.” After the news was out, the fans were delighted to hear this. Even the actress Yoon Seung Ah, on her YouTube channel, uploaded a video of her ultrasound in order to share this news with her fans.

In the 2012 cable romantic comedy Miss Panda and Mr. Hedgehog, Yoon Seung Ah was given her first main role.

She played the role of a cake shop owner opposite Super Junior’s Lee Donghae. She has appeared in various magazines like CeCi, Vogue Girl Korea, Elle Girl Korea, and Cosmopolitan Korea and had exclusive contracts with Nivea and J.Estina too. After working in the music videos of Alex Chu and Ji Sun, the actress received the moniker of “Snail Girl”.

The first major role of Kim Moo Yeol was in Jung Ji-woo’s critically acclaimed film A Muse in 2012. He also took up the lead role in the independent film All Bark No Bite.

His performance as Melchior in Spring Awakening earned him the Best Actor prize at the 2009 Korea Musical Awards. Spring Awakening was a rock musical that dealt with a few taboo subjects like teenage pregnancy, s*xual and physical abuse, and homos*xuality.