Loose Women's Jane Moore announced that she is splitting with her husband Gary Farrow. 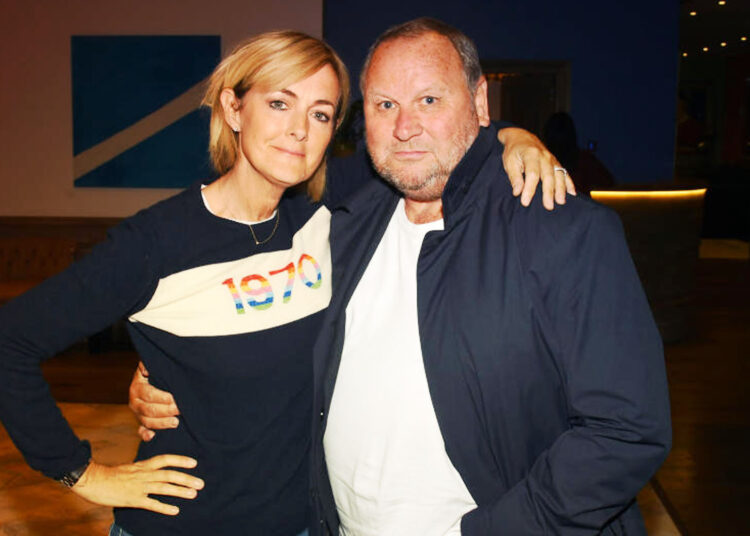 Jane Moore recently announced that she is parting ways with her husband Gary Farrow after crossing the 20-year mark of their marriage.

Why are they splitting up? Is it because of something troublesome? What will happen to their family? Read the article further to know more.

Why are Jane Moore and Gary Farrow Separating?

So this Wednesday, Loose Women’s Jane Moore announced that she is splitting with her husband Gary Farrow. This year, they completed 20 years of being lawfully together.

Jane Moore announced her news of splitting up on her talk show, Loose Women. From the way Jane said it, the divorce truly seemed heartbreaking for her.

While giving the news to her fans, Jane described her husband as her “best friend.” She also said that the couple had been “processing it for about a year.”

Moore continues talking about parting ways by telling the audience that they had been “processing for about a year” and that the separation was going to “happen last year.”

This was the reason why Jane and Gary decided to stay together until he recovers from the fracture. Jane goes in depth about the separation by sharing that the couple still “share the same house.”

Their family will celebrate Christmas together as announced by Jane. She added that their children and the rest of their family know about this.

About Jane and Gary’s Bond

Jane admitted that during her husband’s fracture, she has been caring for him and that they were able to process their breakup better. That is why she says that separating “feels weird.”

Jane continues talking about the separation by saying heartwarming things about the bond she shares with her husband. She calls the relationship between her and her husband “a really good friendship.”

Jane Moore and Gary Farrow tied knot in 2002. Gary is the former vice president of communications at Sony Music Entertainment. He also owns a PR agency called The Corporation Group. They share three daughters together, namely Ellie, Grace, and Lauren.

What are your views on Jane Moore and Gary Farrow separating? Do tell us in the comment section below.