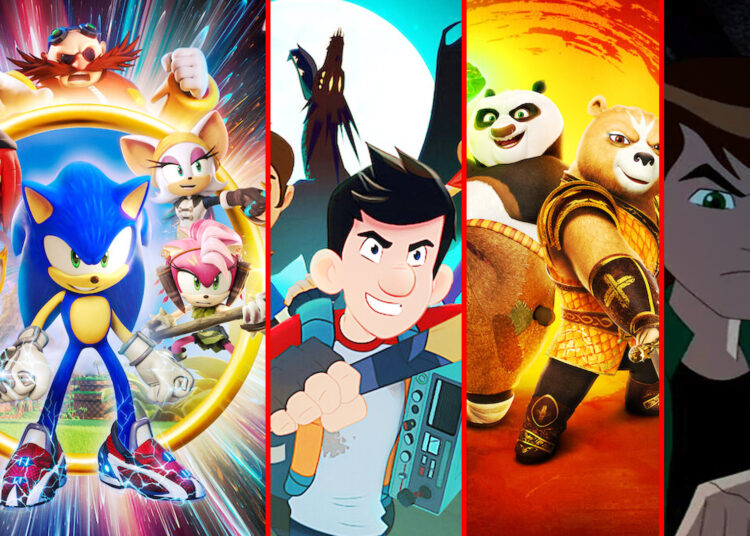 The upcoming Canadian-American animated children’s tv series ‘Sonic Prime’ is adapted from Sega’s video game and media franchise ‘Sonic the Hedgehog’. The series falls under the action-adventure and sci-fi genres.

The plot will follow the hedgehog Sonic who will have to bear the weight of the multiverse. Motifs of redemption and self-discovery are important plot elements of the series.

Deven Mack has been cast as the voice star of Sonic. Other voice artists include Brian Drummond, Ashleigh Ball, Shannon Chan-Kent, Ian Hanlin, Kazumi Evans, Vincent Tong, etc. The series is set to release on Netflix on December 15, 2022.

There are a number of other animated series which are capable of entertaining you if you are waiting for the series.

Sonic X is a Japanese anime series that is also adapted from the video game ‘Sonic the Hedgehog’. Hajime Kamegaki directed this series the plot of which revolves around a number of anthropomorphic animals accidentally being teleported to Earth from their home planet.

The plot follows the adventures of the main characters Sonic, Amy, Tails, Knuckles, and Sticks. Roger Craig Smith was cast as the voice actor of Sonic the Hedgehog. The series ran from November 8, 2014, to November 18, 2017.

Minecraft: Story Mode is another animated television series adapted from a video game. The setting of the plot is the world of Minecraft and the plot revolves around Jesse’s adventure in order to save the world from a monster and a mysterious villain.

Patton Oswalt starred as the voice cast for the character of Jesse. The series premiered on November 27, 2018.

The computer-animated tv series is adapted from the popular Transformers toy franchise that revolves around Optimus Prime, Arcee, Ratchet, Bumblebee, and Bulkhead- the Autobots of “Team Prime” as well as their human allies who want to save the Earth from the villain.

Peter Cullen, Jeffrey Combs, Sumalee Montano, Kevin Michael Richardson, and Will Friedle are some of the voice cast members of the series. The series ran from November 29, 2010, to July 26, 2013.

Power Rangers Ninja Steel marks the twenty-fourth installment of the ‘Power Rangers television program franchise. It is notable that in the production of this series most of the footage, props, and costumes used are from ‘Shuriken Sentai Ninninger’, the 39th Super Sentai series in Japan.

Beyblade’s popular Korean-Japanese anime tv series is adapted from the same named manga series by Takao Aoki. The manga is based on the spinning top toys called Beyblade.

Ben 10: Ultimate Alien American animated tv series is the third entry of the popular Cartoon Network franchise ‘Ben 10’. The plot is set after a few weeks after the events of the preceding series ‘Ben 10: Alien Force’.

Ben is now sixteen years and the series focuses on his effort of mastering the Ultimatrix. The series ran from April 23, 2010, to March 31, 2012, on Cartoon Network.

Kung Fu Panda: The Dragon Knight Cgi-animated tv series is the third installment of the franchise. The plot finds the giant panda Po on a redemption journey across the globe during which he meets an English knight Luthera.

Luthera is a no-nonsense brown bear who is also known in the name of Wandering Blade. The series premiered on July 14, 2022, on Netflix.

The Last Kids on Earth- Number of Seasons: 3

The Last Kids on Earth is a children’s animation tv series adapted from the same named book series by Max Brallier. The plot follows thirteen years old Jack Sullivan trying to save his hometown from the attack of monsters and zombies with his friends. The series premiered on September 17, 2019, on Netflix.