If you enjoy watching horror movies, this article will help you identify the top horror movies to watch in 2022. 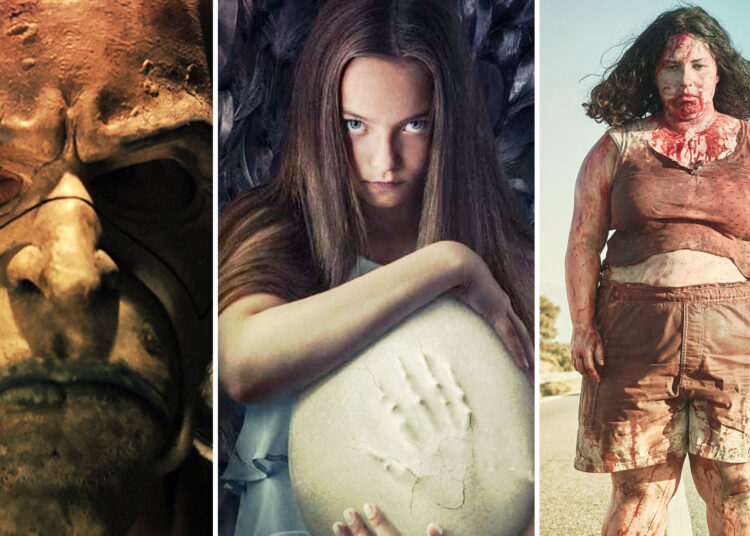 The Top 10 Horror Movies of 2022 will likely surprise you. As they not only might be the films you anticipate but also lead you on unusual adventures into the darkness. In addition, horror is unquestionably one of the most popular genres nowadays.

Horror films are adored by their followers more than any other genre, yet critics tend to overlook them. Fans of horror movies are also the most dedicated.

However, it is also true that creating a truly scary movie is more difficult. Every year, a number of horror movies come out, but very few of them are memorable.

If you enjoy watching horror movies, this article will help you identify the top horror movies to watch in 2022. So, to learn about the “Top 10 Horror Movies in 2022,” read this article all the way through to the end.

The following is a list of the top 10 horror movies in 2022, which includes movies such as Scream and Watcher:

The movie “Watcher” had its world premiere in January 2022 at the Sundance Film Festival and went on streaming in June. Watcher, written and directed by Chloe Okuno, is about a woman and her husband who relocate to Romania. She quickly starts to suspect that she is being followed.

The story’s gradual build to a climax was criticized by some critics, but those who stuck it out were wowed by the dramatic story’s tension-filled conclusion.

The American horror slasher franchise Scream has five movies, a TV show, merchandise, and video games. The series has raked in over $740 million at the global box office.

The movies center on Sidney Prescott as she battles a slew of killers who use the alias “Ghostface” to stalk and murder their victims. It is the fifth movie in the Scream franchise.

The Black Phone, a movie directed by Scott Derrickson and starring Ethan Hawke, was released in 2022 and is based on a short story by Joe Hill.

The supernatural horror centered on a young man named Finney and his battle to survive “The Grabber,” a serial kidnapper. The Black Phone was an engaging, nerve-wracking, and profoundly unsettling piece of storytelling.

A lonely teen and her mother are followed in the engrossing spiritual horror movie Hellbender as they live quietly in the woods and compose metal music. The teen learned via “outside” acquaintances that her family has connections to witchcraft through an accidental encounter.

Hellbender is a coming-of-age tale that blends elements of folk horror, witchcraft, and teen angst into a single narrative.

The Orphanage is a gothic supernatural horror film that was released in Spain in 2007 and marked the feature film debut of Spanish director J. A. Bayona.

The narrative centers on a woman who returns with her family to the house she grew up in, which was formerly an orphanage for children with disabilities. Soon after, her son began to have conversations with an unknown new buddy who was invisible.

The 2022 Spanish-French rural horror thriller film Piggy, which Carlota Pereda wrote and directed, is based on the short film of the same name. The setting for the story is rural Spain.

Sara, a fat girl, is bullied all summer by the other girls in her hamlet. Sara must decide whether to help the police discover her bullies or seek revenge after they are abducted by an unknown person.

There are many strangely fantastic horror movies like Hatching available for viewers to watch. Hatching is one of many unique horror movies that are well worth watching, with its plot of a girl discovering a human-sized bird that destroys her life.

The movie offers a graphic and nasty look at a family that isn’t quite as flawless as they want to portray themselves to be and a human-bird hybrid that won’t think twice about tearing someone apart.

Barbarian is a 2022 American horror film that was written and directed by Zach Cregger, who made his debut as a single screenwriter and director with this project.

In the story, a woman discovers that the rental home she had unintentionally double-booked with a man was unaware of a sinister secret within the home.

You Won’t Be Alone, a movie about witchcraft in the 19th century, is not just an intriguing movie with an interesting premise but also a disturbing thriller that merits the honor of being one of 2022’s top horror movies.

The main character of the movie is a young girl who is abducted and turned into a witch by an old spirit. The movie deals with some heavy topics, such as identity and predestination, and has a gloomy tone overall.

Deadstream is a 2022 American paranormal horror comedy film that was written, produced, directed, and edited by husband-and-wife team Vanessa and Joseph Winter.

This was the couple’s first effort at directing a film, and Joseph also played the lead role and composed the music for the film. In the story, a discredited content producer attempts to revive his career by live streaming himself and spending the night in a renowned haunted home.