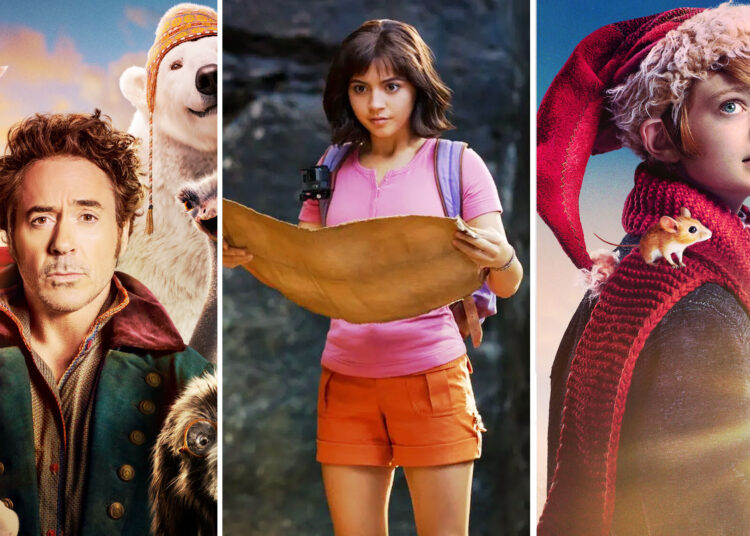 The 2022 movie marks the second film adaptation of ‘Matilda’, the first one being the same named 1996 fantasy comedy movie. The plot revolves around an exceptional girl named Matilda who has the ability of vivid imagination and of taking steps to achieve miraculous results.

Matilda the Musical premiered on October 5, 2022, at BFI London Film Festival and then released in the UK on November 25. The movie will arrive in the United States on December 9 and on Netflix on the day of Christmas this year.

Following is the list of similar movies that you will enjoy.

Danny DeVito directed this fantasy comedy movie which is the first film adaptation of the novel by Roald Dahl.

The plot revolves around the titular protagonist, the child prodigy Matilda Wormwood and her psychokinetic ability, and the ruthless principal Miss Trunchbull. Mara Wilson and Pam Ferris portrayed Matilda and Trunchbull respectively. The movie was released on August 2, 1996.

Amy Adams, Patrick Dempsey, James Marsden, and Idina Menzel have been seen starring in the movie. It was released at El Capitan Theatre on November 16, 2022, and two days later in the United States.

The plot revolves around two eleven years old neighbors together creating Terabithia, a fantasy world, in order to cope with reality. The movie was released on February 16, 2007.

Dolittle is Stephen Gaghan’s fantasy adventure movie that is based on Hugh Lofting’s titular character and his 1922 book ‘The Voyages of Doctor Dolittle’. Robert Downey Jr. starred as the titular character in the movie.

Robert Zemeckis directed the supernatural comedy movie which is also adapted from a novel by Roald Dahl. This movie is the second film adaptation of the same-named novel following Nicolas Roeg’s same-named 1990 movie.

The plot revolves around a group of witches’ plot to make the world get rid of all its children. Primary cast members include Anne Hathaway, Octavia Spencer, Stanley Tucci, etc.

The Secret Garden is a British fantasy movie that is adapted from the same named novel by Frances Hodgson Burnett written in 1911. The plot film is set in England in 1947 when a young orphan named Mary Lennox discovers a magical garden at the estate of her uncle whom she is sent to live with.

Dixie Egerickx played the role of Mary in the movie. It was released on August 7, 2020, in the United States and on October 23 of the same year in the United Kingdom.

Gil Kenan directed this Christmas fantasy movie adapted from the same named book by Matt Haig in 2015. The plot follows a boy named Nikolas and his journey into the snowy north to find his father with reindeer and a pet mouse.

Henry Lawful played the protagonist Nikolas in the movie. It released on November 24, 2021.

Dora and the Lost City of Gold-

Dora and the Lost City of Gold adventure comedy movie is directed by James Robin and is the live-action adaptation of the popular animated tv series of Nick Jr.- ‘Dora the Explorer and the animated series of Nickelodeon- ‘Dora and Friends.

The plot revolves around the legendary Inca city, Paititi. American actress Isabela Moner played Dora in the movie. It was released on August 9, 2019, in the United States.

Stuart Little is the first film of the popular live-action computer-animated Stuart Little film series and is loosely based on the same named novel by E. B. White written in 1945.

The story revolves around a young anthropomorphic white mouse named Stuart who gets adopted into a household of the Little family. The movie was released on December 17, 1999, in the United States and on July 21, 2000, in the United Kingdom.

Charlie and the Chocolate Factory-

Charlie and the Chocolate Factory is Tim Burton’s musical fantasy movie, again based on Roald Dahl’s novel. The central characters Willy Wonka and Charlie Bucket are played by Johnny Depp and Freddie Highmore in this movie.