Selena Gomez celebrated her Thanksgiving with Brooklyn Beckham and his wife Nicola Peltz!! 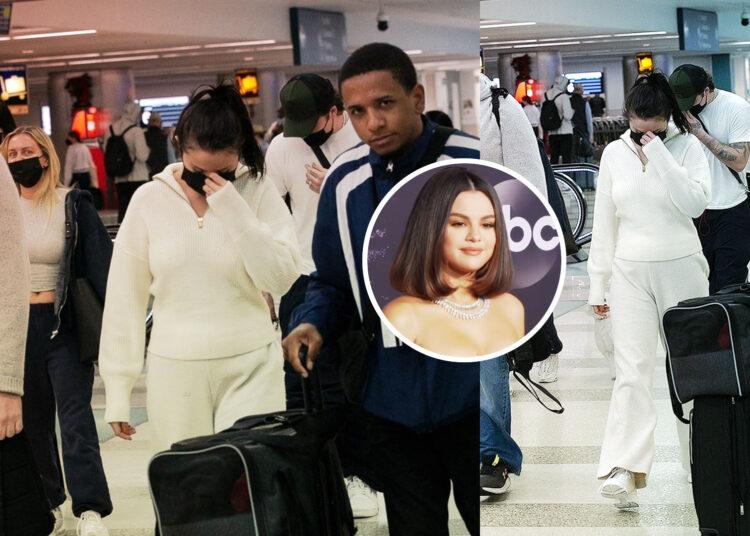 The singer Selena Gomez was recently spotted at the airport with Brooklyn Beckham and his wife Nicola Peltz. We have seen a lot of Hollywood celebrities spending Thanksgiving together with their friends and family.

Some of them has spent time while being at home while other decided to go on vacation. If we talk about those celebrities who have decided to go away from their normal routine and take a break to celebrate some time with their friends then Selena Gomez is one of them.

Coming to the recent appearance then she was photographed at the Miami airport with her friends Brooklyn Beckham and Nicola Peltz as well as her best friend Stevens.

Here you can have a look at the pictures of Selena Gomez, Brooklyn Beckham, and Nicola Peltz at the Miami airport.

It was on 29 November 2022 when the airport attire of Selena Gomez became quite trendy. She was wearing a white sweater and matched it with sweatpants. Her sneakers were also matching to her overall work while she protected her face with a black mask.

Selena Gomez tried to protect herself from the media and the pictures while she was entering the airport with her friends. Coming to look at Brooklyn then he was wearing a white T-shirt with black sweatpants.

He was also having a black hat while his wife Nicola was wearing a long-sleeved sweater that was matching with her sweat pants.

Brooklyn Beckham and Nicola got married in April 2022. The couple has shared some pictures of their official wedding on Instagram that included pictures of their family. Coming to the friendship between them and Selena Gomez then it started with an interest in cooking.

We know that Brooklyn is a celebrity Chef who loves to cook and he was recently seen with his wife and Selena Gomez behind the camera in the video.

Brooklyn has always dreamt of becoming a professional chef and that’s what Selena Gomez is also looking for. She has her show on HBO Max related to cooking which a lot of celebrities Chef, as well as other celebrities, were invited.

Apart from her TV career, Selena Gomez has also released her documentary called Selena Gomez: My Mind and Me which revealed her mental health journey. It revealed how she struggled to cope with her mental stress and her professional life.

She has not directly referred to Justin Bieber but most of the mental situations were going around him and their break up. However, the things between Selena and Justin Bieber in the current scenario are pretty well.