Christian Bale is renowned for his intense method of acting and received the Best Supporting Actor Academy Award for his work in The Fighter. 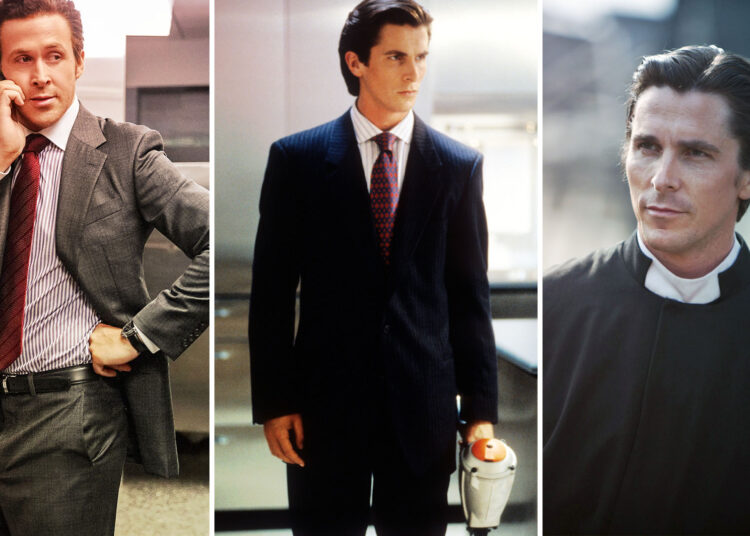 Christian Bale is widely regarded as one of the most talented actors currently active in the Hollywood film industry. The Welsh actor had his acting debut in Empire of the Sun, a military drama directed by Steven Spielberg when he was just a teenager. Since then, he hasn’t looked back.

Christian Bale is renowned for his intense method of acting and received the Best Supporting Actor Academy Award for his work in The Fighter.

Christian Bale has long been regarded as one of the most formative talents now active in the entertainment industry in Hollywood. He has been in a number of well-known and well-liked movies.

Therefore, we will talk about the “Top 10 Christian Bale Movies” in this article. Therefore, if you are a fan of Christian Bale and want to learn about his best films, read this essay all the way through to the end.

The list of the top 10 Christian Bale Movies is listed below.

The Dark Knight, which is currently ranked as one of IMDB’s Top 250 films ever made, is unquestionably Christian Bale’s best film to date and the second and final time he had portrayed the enduring superhero on the big screen. The movie received seven Oscar nominations and won best sound editing.

One of Christian Bale’s all-time best films is frequently regarded as American Psycho. The movie, which is based on Bret Easton Ellis’s book, stars Bale as Patrick Bateman, a banker who leads a second life as a brutal serial killer.

As a result, many of Bale’s admirers have cited the movie as the actor’s best work to date, with his portrayal of the serial killer being one of the most well-liked in history.

Zhang Yimou is the director of the 2011 Chinese-Hong Kong historical drama movie The Flowers of War. The novella 13 Flowers of Nanjing by Geling Yan, which was based on Minnie Vautrin’s diaries, served as the inspiration for the movie.

The story takes place in Nanking, China, during the Second Sino-Japanese War’s Nanking Massacre in 1937. A group of refugees seeks refuge in a church compound as they struggle to survive the atrocities committed by the Japanese.

Bale plays John Miller, an American mortician who is entangled in the ensuing tragedy in the grim movie.

Equilibrium, a science-fiction dystopian movie that was released in 2002 and took place after World War III, blends futuristic technology with martial arts to create a movie that is reminiscent of The Matrix.

Bale portrays John Preston, a Cleric who holds a prominent position in the authoritarian society of 2072, in this oft-forgotten movie office failure.

Fans of Christian Bale will get the opportunity to witness the actor in a part that he doesn’t often take in his current profession.

Empire of the Sun is an American epic coming-of-age war film that was released in 1987 and directed by Steven Spielberg. The screenplay for the film was written by Tom Stoppard and was based on the semi-autobiographical 1984 novel of the same name written by J. G. Ballard.

The movie is about Jamie “Jim” Graham (Christian Bale), a young boy who, after spending time in Shanghai with his affluent British family, ends himself as a prisoner of war in a Japanese prison camp during World War II.

Both audiences and critics were shocked by the drastic change in appearance Bale endured for his character in The Machinist.

In the years since the movie’s debut, Bale’s appearance has grown strikingly recognized as the protagonist’s character despite becoming almost unrecognizably different.

In order to play the role of Trevor Reznik, a guilt-ridden insomniac, Bale reduced his weight from 173 to 110, an unparalleled amount of weight loss.

Bale’s performance as Dicky Eklund in The Fighter earned him his first and only Oscar, and it was a physical change that was comparable to his work in The Machinist.

Even today, many people still regard the movie as one of Bale’s best performances, if not his best work overall. Bale studied the rhythms and demeanor of the genuine Eklund for hours.

It almost seems impossible for Christian Bale, who is known for playing strong and serious characters, to provide a voice for a PG-rated animated movie, but audiences were surprised to discover the British actor in the beloved 2004 movie Howl’s Moving Castle.

This wonderfully inventive film stars Bale as the title character and centers on Sophie, a teenage girl who is cursed by a witch to transform her body into that of an older woman.

The character that Bale played in The Big Short, a comic analysis of the U.S. housing bubble that led to the economic catastrophe in 2008, got him a nomination for the Academy Award for the third time. It’s the third time he’s portrayed a real-life person that led to an Oscar nomination.

In the movie, Bale plays Michael Burry, a quirky and unconventional hedge fund manager whose acute recognition of the housing bubble gives him the opportunity to profit from market trends.

Christopher Nolan and David S. Goyer co-wrote the screenplay for the superhero movie Batman Begins, which was released in 2005. Batman from DC Comics serves as the inspiration for the movie.

The movie is a reboot of the Batman movie franchise, telling Bruce Wayne’s origin tale from the loss of his parents to his transformation into Batman and his struggle to prevent Ra’s al Ghul and the Scarecrow from wreaking havoc in Gotham City.