Khloe Kardashian has uploaded an adorable video of her daughter and niece while they were dancing! 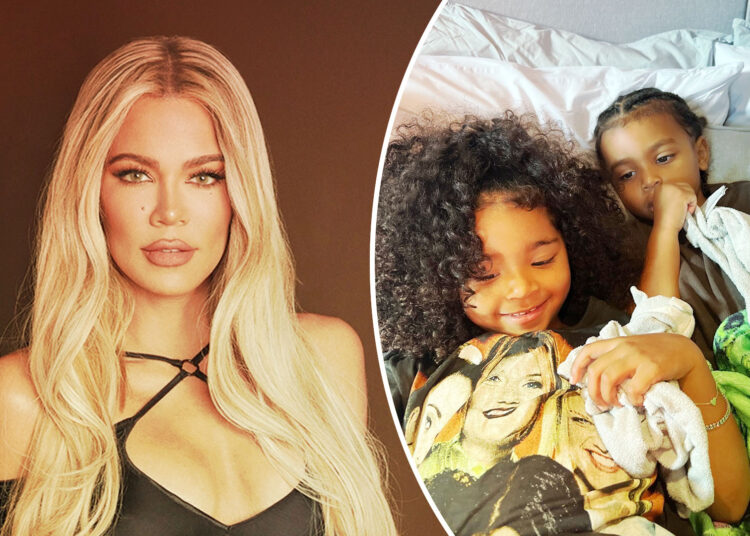 After Kylie Jenner here is Khloe Kardashian Sharing a heartwarming video of her Daughter True, and Niece Chicago Dancing.  Nowadays the kids of celebrities are no less than celebrities.

It is because of their presence on social media which was sometimes given by themselves while other times their parents promoted. If we talk about their social media presence then most of these things get all the attention and make them the upcoming stars.

Something like this has recently happened as many celebrities have shared amazing times with their children on social media. And among them is Khloe Kardashian who shares a cute video of her daughter True dancing with her cousin Chicago.

The 38-year-old Khloe Kardashian never hesitates to upload any photos and videos of her daughter True. She always updates little things about herself and her children through social media, especially on Instagram.

It was on 28 November 2022 when she shared the fun moment of her daughter True with her niece Chicago. True and Chicago are currently 4 years old and share a great bonding.

Also Read: Kylie Jenner Shared Glimpse Of Thanksgiving With Her Son And Daughter!

Here you can have a look at the Picture and Video Khloe Kardashian Shared on Her Instagram.

In the picture, one can see True wearing a spice girl’s t-shirt and smiling towards the camera. She has accessorized herself with the bracelet on her ankle as well as on her hand. She has given amazing poses in front of the camera and in the background, one can see a couple of pillows were put with teddy bears.

The third picture was related to her cousin Chicago who was seen comfortable in the pillows and bed. They both were seems smiling as well as thinking very deeply.

Coming to the fun video then both the cousins were seen rocking some dance moves on the song. Chicago was seen wearing pink trousers and a white T-shirt with pink boots. While on the other hand true was wearing the same Spice girl T-shirt with black and white sneakers.

In the caption, Khloe Kardashian added “Spice up your life” which was a reference to the t-shirt that her daughter was wearing. As soon as she uploaded these pictures, a lot of fans started coming to the comment section and appreciated the look of both the children.

One of the fans appreciated the cuteness of both the children while another focused on the fashion sense they both have at the age of 4. Some of them have also appreciated Khloe Kardashian for being an amazing mother.