Fall Guys Season 3 release date and the stages we may expect to encounter in the frantic platformer. 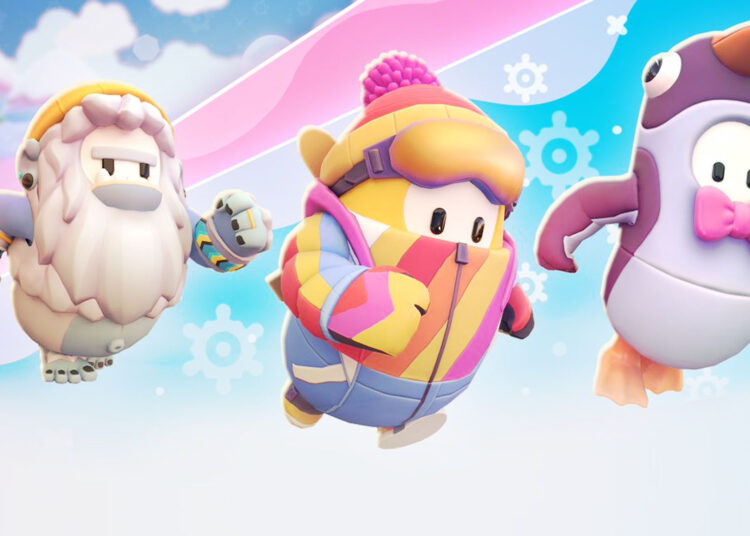 The 9th installment of the Fall Guys, The Fall Guys Season 3: Sunken Secrets is all set to be released, let’s find out the updates here.

The free-to-play battle royale game Fall Guys, created by Mediatonic, was once billed as Fall Guys: Ultimate Knockout. Up to sixty players battle against one another in a variety of procedurally chosen minigames like obstacle courses and tags while controlling jellybean-like creatures.

Players are eliminated as the rounds go on, leaving one to take the win. The game was influenced by Takeshi’s Castle, It’s a Knockout, and Wipeout, as well as traditional field games like tag and British Bulldog.

Fall Guys Season 3: Sunken Secrets is the 9th Installment of the Fall Guys Series. After Season 2’s conclusion on November 22, 2022, it started. However, The update debuts on December 15.

What’s New In this Season of Fall Guys?

Fall Guys is separated into seasons that last for a number of months, just like any other battle royale and service games. The game is updated with fresh quizzes, themed props, and unlocking prizes after each season. Between seasons, we must play as frequently as possible to level up our characters and acquire new clothes and cosmetics.

Blastlantis: constructed from the damaged remains of a previous obstacle course. Beans will need to have their sea legs in order to maintain their balance while being hit by blast balls on the undulating pathways.

Hoop Chute: needs the biggest belly flop to triumph! You Dive Slip down the slippery slope while navigating obstacles on this lengthy flume ride to rack up points. Golden hoops are quadruple their value!

Puzzle Path: You have to find your way through four labyrinths, one after another. Make it to the finish line by following the lines and avoiding the other Beans. But be on guard! The path is never the same again!

Kraken Slam: As your opponent’s step on the rafts, breaches will grow under their feet, allowing more tentacles to emerge from the depth and slam at you. To win the Crown, avoid a calamari catastrophe.

Speed Slider: Dive Avoiding obstacles as you slide down the Round, you’re attempting to become the Bean with the fastest stomach.

That is all there is to know about the Fall Guys Season 3 release date and the stages we may expect to encounter in the frantic platformer. You can catch up on what to expect because we covered all the new Fall Guys Season 2 skins in another piece.

Fall Guys received praise from critics for its erratic gameplay and distinctive aesthetic. The game drew over than 50 million players and sold more than 10 million copies in its free-to-play version. Since the game’s first release, Mediatonic has released numerous fixes for it.