Love is Blind Brazil, a smash hit in its first season is returning to add even more feelings to the holidays! 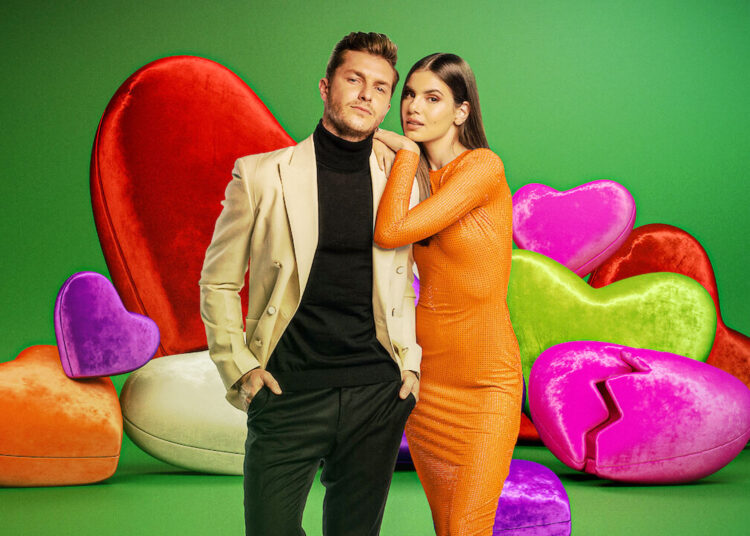 The Love Is Blind Brazil Season 2 official trailer was released 2 days ago on 23rd November 2022. Love is Blind Brazil is the Brazilian edition of the North American tv series Love is Blind, produced by Endemol Shine Brasil and directed by Cássia Dian.

Men and women chose to go ‘against the current’ in dating apps to remind Brazil that whoever sees a face does not see the heart. Love is Blind Brazil, a smash hit in its first season is returning to Netflix on a new date to add even more passion to the holidays. However, the experiment’s rules and dynamics are the same.

On November 23, 2022, the official trailer for the new season was released, which unfolds a lot of plotlines and drama in the 2:38 minute clip, with the tagline stating, “In the Love Is Blind Brazil – Season 2, the hugely popular dating show brings men and women looking for true love on genuinely blind dates!”So prepare yourself for more love and drama than ever before!”

Participants spend ten days chatting blindly or through booths to know one another, form emotional connections, and determine who they want to marry. They meet for the first time once the match is established.

Then they begin their honeymoon – this season, at a hotel in the magnificent Amazon Forest, spending more time together and attempting to make a physical connection. The couples then live together for a month to put their love, habits, routine, real-life hardships, and the families and friends of their roommates to the test.

Finally, the anticipation for the long-awaited wedding day, when participants can say yes…or be left at the altar, rises.

Also Read: Too Hot to Handle Season 4 Contestants, Trailer, Release Date, and Everything you need to know

Love is Blind Brazil will return to Netflix on a new date to pump even more emotions into the holiday season. Camila Queiroz & Klebber Toledo will return as hosts of the reality show on December 28, with the two finals airing on January 4th and 11th.

Also Read: Back in the Groove Hulu Release Date, Contestants, Plot, and Everything you need to know

The cast of Season 2

Camila Queiroz and Klebber Toledo, the presenters of the first season of “Love is Blind: Brazil,” are a real-life couple who married in 2018. As a result, we expect the pair to reprise their roles if the series returns for a second season.

There were approximately 30 single persons in Season 1, yet only ten got engaged. As a result, we were only with them as they reached the altar. Even though the successful couples from the previous episode may participate as mentors for a few moments, the season 2 ensemble will be entirely made up of fresh faces.

Where can I watch Love Is Blind Brazil: Season 2

You may watch it on Netflix, just like the other episodes of Season 1 aired there. But, like Hotstar, Amazon Prime, and Hulu, Netflix is an OTT platform.