Miley Cyrus looked stunning on stage at her pandemic concert in Mexico City. 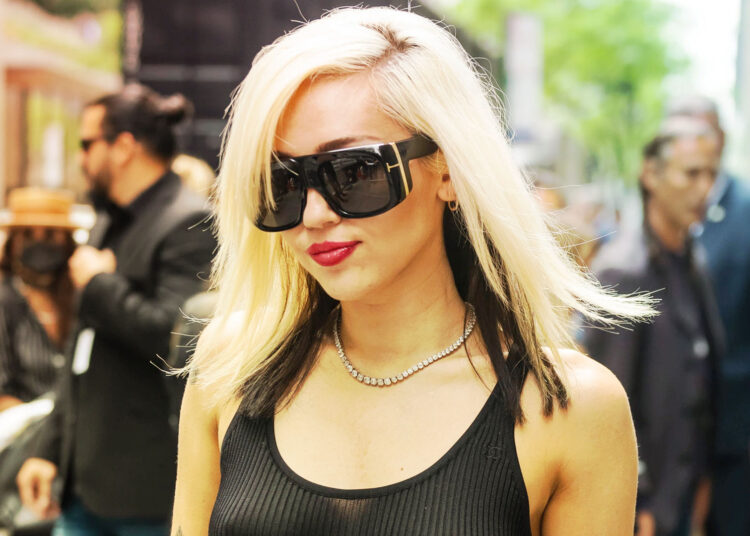 The 30-year-old singer Miley Cyrus showed off her incredible voice in a form-fitting outfit that highlighted her amazing figure.

Midway through her performance, Miley Cyrus opened up to her fans about feelings of anxiety and insecurity. After a vulnerable moment, the singer invited fans to sing along with her.

“Has anyone here ever felt anxious, like really freaking anxious? And nervous and insecure? Yeah, I’m feeling that right now and I don’t know why,” Miley asked her audience.

She went on to say that artists are crazy when they get up on stage to do what they do, but they’re not really that special and they can also feel insecure.

“We’re crazy to get up and do things like that. I don’t know why, but I just started feeling anxious and I felt scared. I guess what made me scared was that I felt alone. then I’ll see here and I see you all and I know I’m not alone,” she said.

Here Is What more Miley Cyrus Shared About her Panic Attacks.

It’s not the first time the Disney star has spoken about panic attacks. Last year, Miley also said she was on the verge of a panic attack in the middle of the show. The confession came after a long period of isolation caused by the pandemic, which she said was shocking and terrifying.

“The pandemic was shocking and scary, and coming out of it is slightly scary. So I just wanted to be honest about how I feel.”

Throughout the pop star’s career, her loyal fans have supported her through her ups and downs. Miley’s transparency about her mental health issues has also inspired others to overcome their own struggles.

Fans showed their support in Miley’s viral TikTok video. Many said her hits were instrumental in their own healing.

“Yesss disappeared and mother’s daughter helped me with my breakup,” one person wrote.

“I can honestly say that The Climb has helped me through some of the hardest times in my life. It’s been there since I was a little kid.” said another.

Despite the minor hiccup, the show must go on! Miley wrapped up her Mexico concert with a bang and expressed her gratitude on Instagram.

“Last show of my 20’s last night in Mexico City. Thank you for supporting me in this last decade of my life. Looking forward to seeing who I will be in my 30s. Much appreciation and gratitude for the love of Mexico. 💕”