Val Chmerkovskiy is married currently, so this rumor caused a lot of backlash from the partners 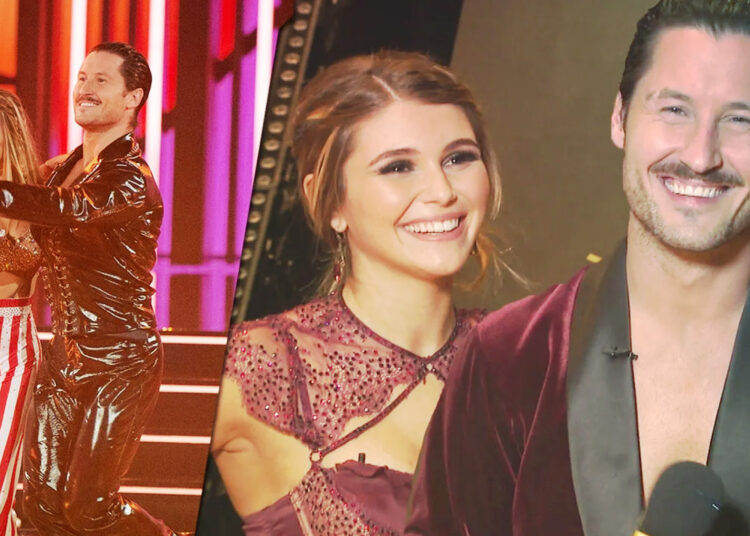 Olivia Jade Giannulli, daughter of Fashion Designer Mossimo Giannulli And Actress Lori Loughlin, is an American Youtuber and Tiktoker. She started her YouTube channel while she was in high school and currently she has millions of people following her on both YouTube and Instagram.

Olivia Jade was a contestant in the Dancing with the stars 30 show. She was partnered with Valentin Chmerkovskiy. There has been a rumor of “hooking up”.

People accused Olivia Jade and Val Chmerkovskiy that they have been hooking up in the show. A video posted by a woman went viral on TikTok that made people think that they are hooking up.

Also Read: Chris Hemsworth Wants To Spend Time With Wife And Kids While Looking After His Alzheimer!

Here Is How Olivia Jade and Val Chmerkovskiy Reacted to Dating Rumors.

Val Chmerkovskiy is married currently, so this rumor caused a lot of backlash from the partners. People also went furious when the judge on Dancing with the Stars saved Olivia from getting eliminated.

She denied the rumors straight away through a video. But it was also seen that Olivia Jade’s former Boyfriend, Jackson, and she broke up on August,22. There was no reason provided and no one was blamed. It was a mutual decision taken by the couple. But this fueled the rumor even more.

Olivia Jade posted a video where she cleared the rumor by saying, “First of all, the women who posted the video blocked me …

But I am going to be super blunt and straight up and say Val and I are not hooking up. We’ve never hooked up. This is a complete rumor. We’ve genuinely really good friends and I adore his wife…

…It’s literally just a dance show and we’re just friends “. She continues to say that she has seen tons of negative comments and she also would have accepted the comments if the fact was true but since it’s not, she asked the audience to stop the rumors and asked them not to post anything like that, especially someone who has 400k followers.

Thus she cleared to all her audience that Val Chmerkovskiy and she are nothing but just good friends who are partners in a dance reality show. Val is happy in his own life with his wife and Jade is prospering well in her life and she adores his wife.