Harry Styles and Olivia Wilde are no longer together however, they are on good terms! Here are the details! 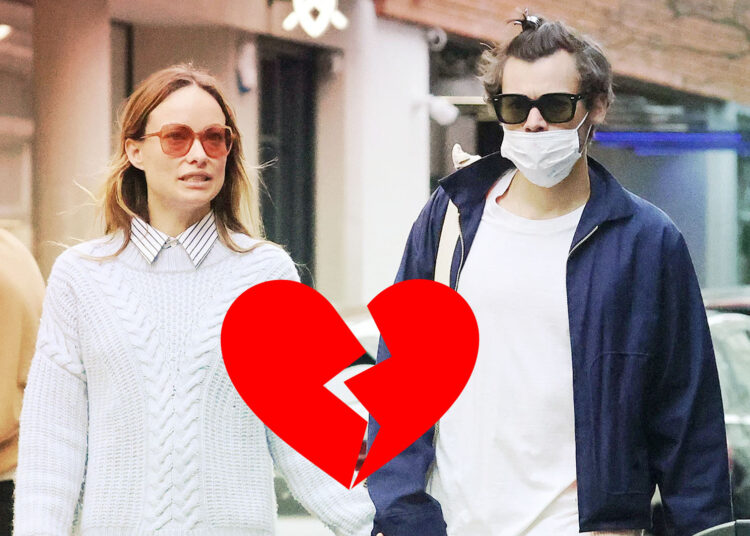 Did Harry Styles and Olivia Wilde break- up? It is very hard for celebrities to manage their personal life and professional with a perfect balance. Somewhere lives get complicated if things are not going in their favor.

And that’s the reason why it may lead to some changes in life. If we talk about such things then we have seen something like this among celebrities where separation remains the only choice.

The 28-year-old Harry Styles and 38-year-old Olivia Wilde are no longer a couple. According to the source, the couple got separated from each other or one can say they have to break through the ongoing drama that surrounded their movie called Don’t Worry Darling.

Harry Styles And Olivia Wilde Are No Longer A Couple As They Decided To Split!

Harry Styles is right now on tour and going abroad. Meanwhile, Olivia Wilde is right now focusing on herself and her kids as well as her work that is going on in Los Angeles. According to the source, they both are very close friends of each other but have different priorities that separated them.

Coming to the official announcement then Harry Styles has never come official of this relationship so that’s why an official announcement related to their breakup is not going to be there. This news of the break up came as a shock to fans. It was recently when both of them got spotted together while leaving the gym in Los Angeles on 12 November 2022.

More surprising is that Olivia Wilde with her two children was spotted together at the concert of Harry Styles that happened on 15 November 2022. Coming to their relationship then they are dating each other since January 2021.

Since then the couple were dragged into the rumors of malcontent related to the casting of a movie called Don’t Worry Darling. The movie was directed by Olivia Wilde and Harry Styles remains the protagonist. The life of the actress becomes more complicated as her court cases become complicated.

Even after many controversies and cases Olivia Wilde and Harry Styles remain strong as a couple. Harry Styles has supported her in almost every condition. Whether it is related to the rough times or the perfect one, they were together as a friend.

Coming to the current situation then Olivia Wilde is grateful for Harry Styles and his support. She feels also grateful as he is right now in Los Angeles with her. Even when the drama was going on, Harry Styles tried to keep his schedule according to the actress as he don’t want her to suffer from these things alone.