Rebel Wilson was seen leaving gym in LA after announcing her baby's birth! 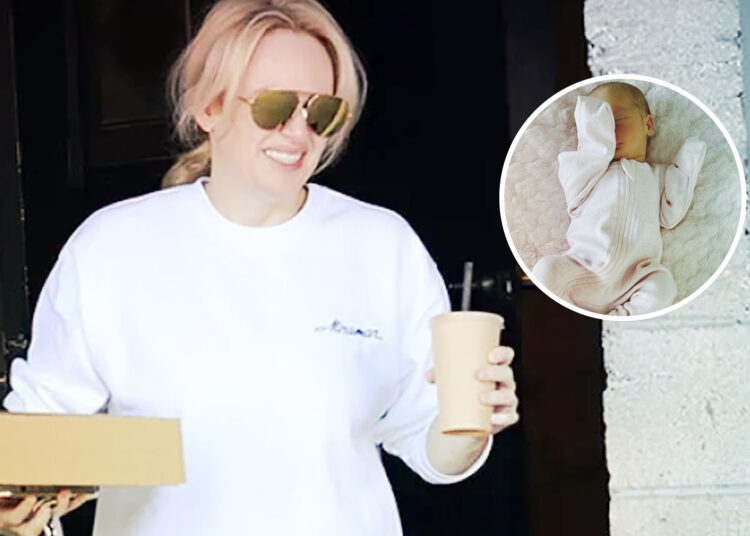 Recently Rebel Wilson was spotted in a casual look wearing a white sweatshirt, and blue leggings. We have seen many celebrities starting a new life by starting a new family.

Whether it is related to getting married or becoming a single mother or single father, everything is appreciated by their fans. And if we talk about their appearances then it has become one of the most talked about.

There are a lot of celebrities in 2022 who have welcomed their children into their life and among them is Rebel Wilson. The actress was recently spotted outside a gym in Los Angeles after announcing a surprise baby birth in her life.

The new mother Rebel Wilson was looking positive as always as she was spotted in Los Angeles. The 42-year-old actress was seen outside the gym which became her first appearance after she announced a baby’s birth.

Giving a name to the baby girl as Royce Lillian Elizabeth Wilson, the actress shocked her fans by announcing it on 7 November.

Here you can check out some pictures of Rebel Wilson outside the gym.

Coming to her recent look then she was seen wearing blue leggings with an orange stripe. She was seen carrying a box and keys in her hand while a drink was in the other.

Coming to her top than she was wearing a long-sleeved shirt which was matching with sneakers and sunglasses. This look of Rebel Wilson becomes very casual with her ponytail and her cute smile.

For Rebel, 2022 has become a great year as she has announced being in a relationship and a mother. Coming to her journey of being a mother then she welcomed the daughter via surrogate and uploaded a cute little picture. Coming to the caption then the actress has written:

“I can’t even describe the love I have for her, she’s a beautiful miracle! I am forever grateful to everyone who has been involved, (you know who you are), this has been years in the making…but particularly wanted to thank my gorgeous surrogate who carried her and birthed her with such grace and care.”