Selena Gomez Felt Haunted After Her Relationship With Justin Bieber

Selena Gomez revealed that she felt haunted because her name was being a synonym to Justin Bieber! 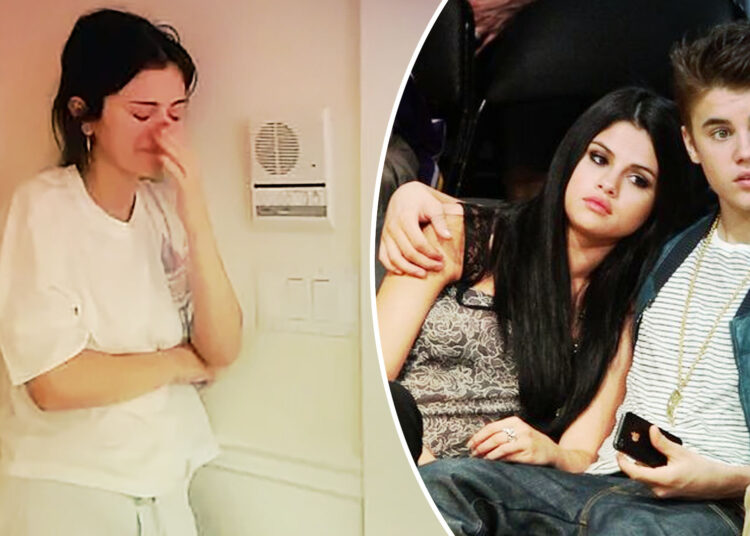 Selena Gomez Felt Haunted Due To Her Past Relationship With Justin Bieber, Revealed In Documentary! It is very hard for celebrities to move from their hard times and smile as if nothing happens.

Whether it is related to their personal life, especially dating or professional which has become one of the obstacles in their career, almost everything has gained focus at a certain period in their life.

Talking about such things then one of the celebrities and her dating life became the focus of the time, Selena Gomez. It was recently when the singer revealed that she was haunted by her relationship with Justin Bieber in her new documentary.

The singer Selena Gomez is remarkable not just for their singing career but also for her name coming along with Justin Bieber. Their love has gained attention from all over the world, from one generation to another generation, with a roller coaster ride. So the Popstar has decided to reveal a bit of it in her documentary and called their relationship Haunting ever since it ended.

Also Read: NCT 127 Performance Stopped In the Middle of the Show

Here is what Selena Gomez’s Documentary My Mind And Me Revealed.

This documentary called Selena Gomez: My Mind And Me was released on Apple TV on 4th November 2022. The former Disney star has given an unseen look at her life almost over 6 years that passed. It also revealed her journey of 4 years of mental treatment in centers and how she struggled to cope.

The documentary is also about her bipolar diagnosis and the way she managed the pains of her lupus. But when it comes to the topic of Justin Bieber then she has not hesitated and became very candid and clear.

In the whole documentary film, the name Justin Bieber was mentioned two times. The first one was under 15 minutes of the documentary. Selena Gomez was seen crying backstage uncontrollably and totally unhappy with the situation and how she has turned out. She said it is so bad and she had not any single idea what she is going to do.

The singer also talked about how she felt the pressure of being an artist especially more of an adult artist. She has also mentioned that chairman of Interscope Geffen A & M Records, John Janik, and calling about the whole song written with Justin Bieber.

It was unclear whom she was referring to but a direct hint was given about how she felt when the whole world was associating her with Justin Bieber back and again.

Selena Gomez has questions about when she is going to be good enough for herself and when she is not going to be get associated with someone else. She even said she wants nothing but her past to not come back into her life again.

It was a few weeks ago the release of the documentary, Hailey Bieber came forward and talked about the relationship of Selena Gomez with Justin Bieber. After her interview, the model was also seen with Selena Gomez under a roof which went viral on social media and revealed everything is fine between the three.